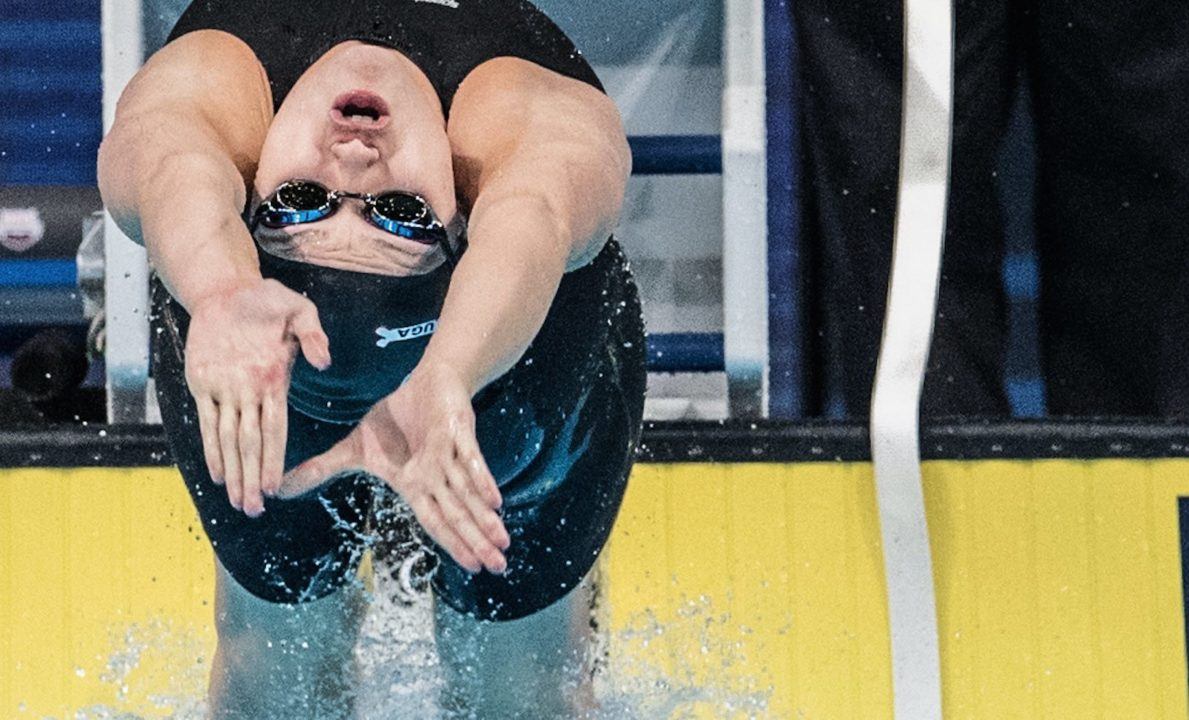 Smoliga went not just an in-season best, but a lifetime best, to win the 100 back at the Pro Swim Series stop in Richmond on Friday. Archive photo via Mike Lewis/Ola Vista Photography

Olivia Smoliga‘s momentum from the Short Course World Championships in December, where she won a dazzling 8 gold medals, continued on Friday at the Pro Swim Series stop in Richmond, Virginia.

She swam a 58.73 to win the final by 1.1 seconds ahead of high school senior Katherine Berkoff, and in the process broke both the Pro Swim Series Record in the event, and swam her own personal best time.

Her previous best time was a 58.75 done at last summer’s US National Championships.

Her previous in-season best was a 59.14 at the Atlanta Pro Swim Series meet in early March of 2018.

The time ranks her 3rd in the world so far this season. Only Canadians Kylie Masse and Taylor Ruck, both of whom already had a big taper meet at their World Championship Trials, have been faster.

Smoliga is scheduled to swim both the 50 and 100 meter backstrokes at this summer’s World Championships individually.

HUGE swim. Barely any time after the 50 free as well! Women’s backstroke is incredibly competitive in the US. Could take sub-1:00 just to get a semifinals swim at Trials.

Smogs is the bomb

Dang .01 faster on each 50 from the summer. Watch out Kathleen