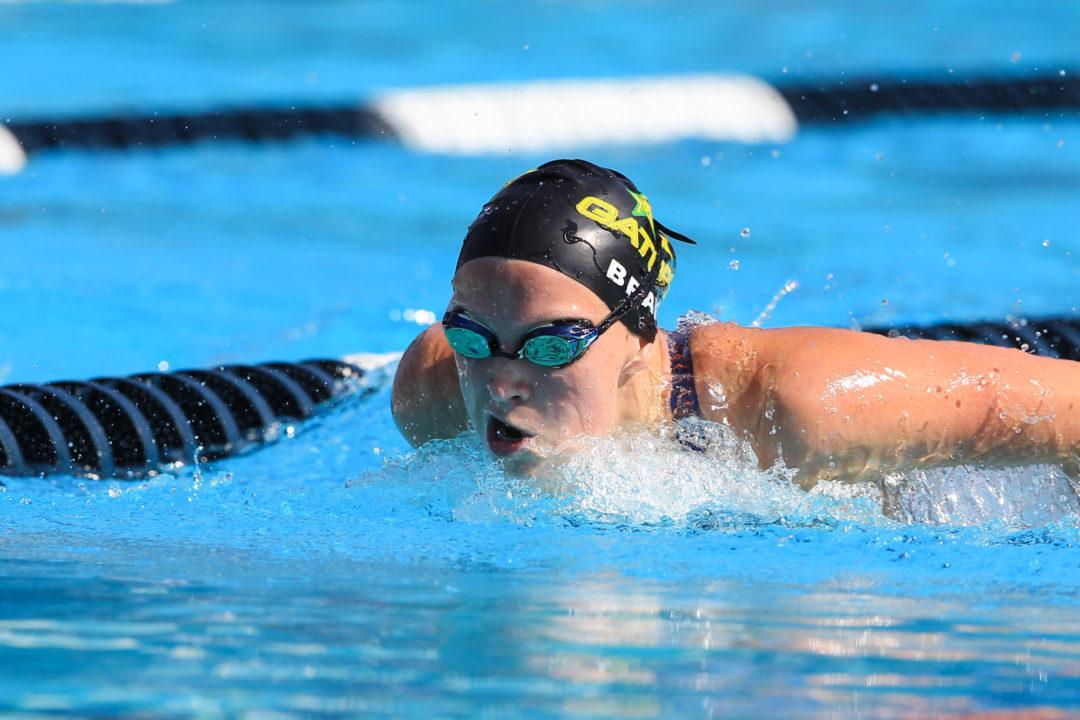 The freshman claimed individual wins in the 200-yard backstroke and 100-yard butterfly on Saturday. Archive photo via Tim Binning/TheSwimPictures.com

2020 Dust Off Your Boots Invitational

AUSTIN, Texas — Freshman Olivia Bray earned victories in the 200-yard backstroke and 100-yard butterfly to highlight Saturday’s action in The University of Texas Women’s Swimming and Diving Dust Off You Boots Invitational at the Lee and Joe Jamail Texas Swimming Center. This meet marked the first official competition of the 2020-21 season.

Freshman Anna Elendt continued her impressive collegiate debut with a victory in the 200-yard breaststroke (2:14.30).

The Longhorns return to action on Friday, Oct. 30 with a dual meet against Texas A&M. Start time for the meet will be announced at a later date. Due to health and safety protocols, the Texas-Texas A&M meet will be closed to the public.

Out of curiosity, tech suit or no?

Based off of what they were showing on their team Instagram feed, I do not think they were wearing tech suits.

For some reason the girls in this program always seem to go slower with the tech suits on.