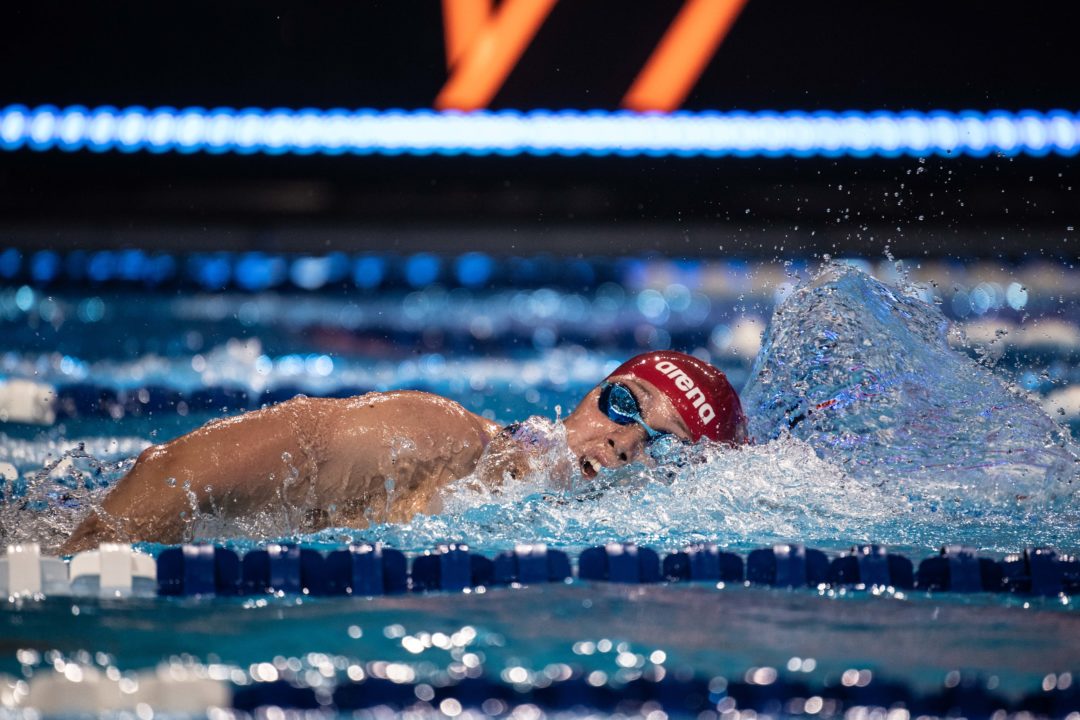 Siobhan Haughey has broken the Asian record in the 200m freestyle, swimming a time of 1:51.67 at the ISL match, which breaks her old record set last year. Current photo via Mike Lewis/Ola Vista Photography

Hong Kong swimmer Siobhan Haughey has broken her third National Record and second Asian record of the weekend during day 2 of the ISL’s first meet.

Haughey broke a number of Hong Kong Records in last year’s ISL season, though not all of them were recognized because of the ongoing battle between ISL and FINA as to whether times from ISL meets will count.

Haughey now ties American Olympic Champion Allison Schmitt as the #7 performer all-time in the event. The current world record stands at a 1:50.43, posted by Sarah Sojostrom in 2017.

Yesterday, Haughey broke the Asian record in the 100 freestyle leading off Energy Standard’s 400 freestyle relay in 51.59. The previous record was held by Japan’s Rikako Ikee.

She also set the Hong Kong national record in the 400 freestyle by almost 7 seconds, swimming to a final time of 3:58.58.

Haughey swam for the DC Triden in last year’s ISL season, but this year is representing the defending league champions Energy Standard.

A former World University Games and World Junior Champion, Haughey swam collegiately at the University of Michigan. She placed 4th in her best event, the 200 free, at the 2019 World Aquatics Championships.

I know it’s early but I think the 100 free in Tokyo will come down to Simone, Sjostrom and Siobhan

Haughey is such an amazing get for Energy Standard.