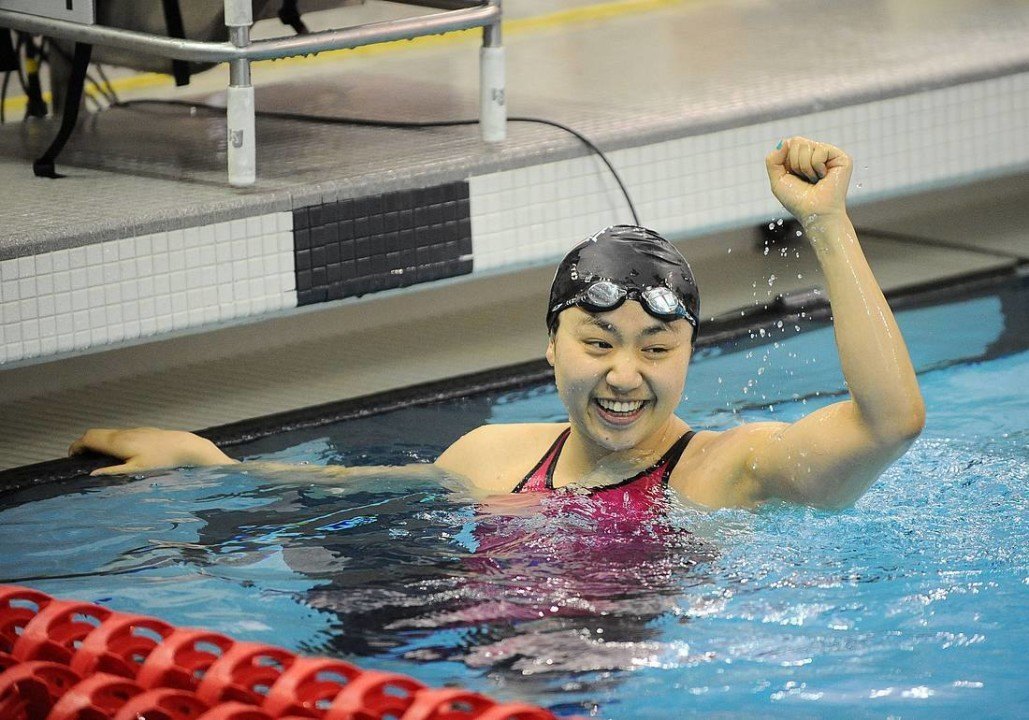 Ohio State‘s Liz Li posted the 2nd-fastest time in the 100 fly this weekend at the 2016 USA vs. Big Ten Challenge, but it was enough to erase the Big Ten conference record. Her time of 51.42 was within a second of Kelsi Worrell‘s 50.46, and it also slipped under the old B1G mark by just over a tenth. Penn State’s Mackenzie Powers previously held the record at 51.56, set in 2014, while Li’s previous best of 51.72 used to rank her 3rd all-time in the conference. It was a quicker back-end that lifted the Buckeye past the old record, as shown by their comparative splits below.

Li swam well for the B1G team over the weekend in her signature sprints. In addition to her 100 fly 2nd place finish, Li won the 50 free and finished 4th in the 100 free. On relays, she added a 51.39 fly split on the medley relay and led off B1G’s A 400 free relay with a 48.39. With this swim, the defending 100 fly B1G Champion has bred more confidence in her ability to defend her title in just a few months.