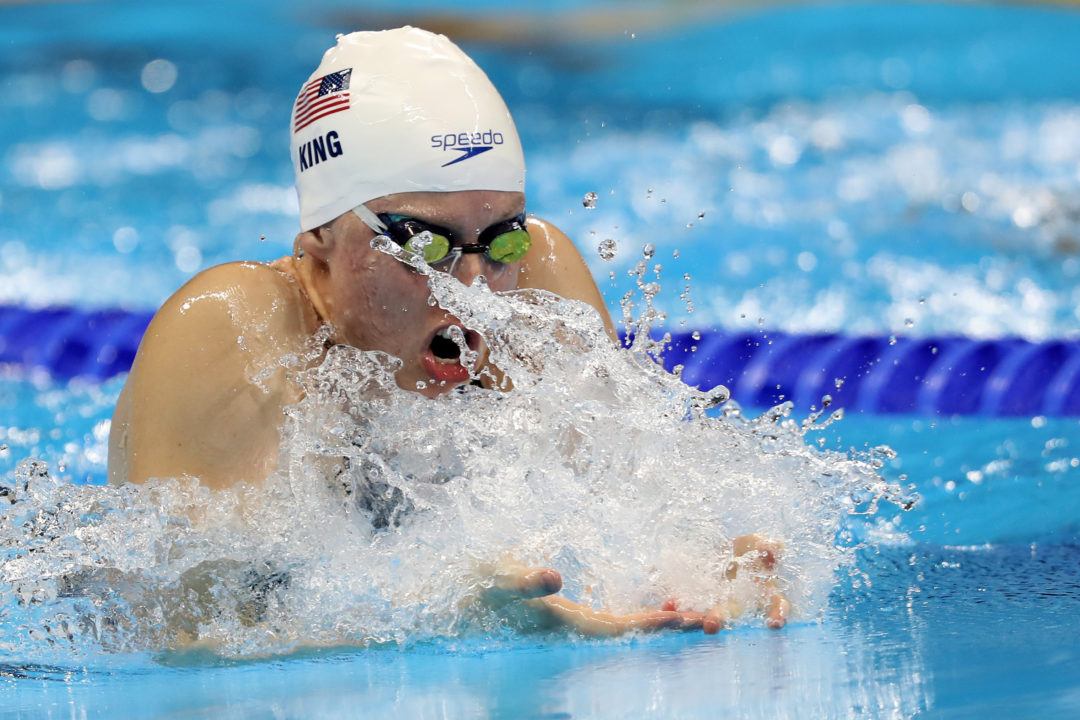 Full rosters have now been announced for the USA College Challenge, the highly anticipated duel featuring members of the USA Swimming National Team and stars from the Big Ten Conference. With the stacked fields now slated to compete, there will be no lack of talent for the event, scheduled for November 12-13th at the famed Indiana University Natatorium on the IUPUI campus.

On the men’s side of the national team, fans will see NAG record maestro and 2015 World Junior Champion Michael Andrew, along with 2016 Olympian Jacob Pebley and the already-announced Tom Shields and Cody Miller.

The Big Ten rosters are also heavy on the speed, with the likes of Lindsey Clary, Gabby DeLoof, Zhesi Li and Beata Nelson. Kierra Smith, Brooklyn Snodgrass and Siobhan Haughey are also in the women’s line-up to be coached by Mike Bottom and Kelly Kramer.

Ohio State’s Josh Fleagle, Indiana’s Ali Ahalafalla, Minnesota’s Jakub Maly, Michigan’s Paul Powers and Penn State’s Shane Ryan are just a few of the notable studs present on the Big Ten roster, sure to throw down some swift performances. Ray Looze (Indiana) and Bill Wadley (Ohio State) will be at the helm for the men.

The Big Ten Network will televise both sessions of the meet on Sunday, Nov. 13. The Nov. 12 session will air on delay at 10 a.m., followed by a live broadcast of the Nov. 13 session from noon-2 p.m. Both sessions also will stream live online and via the BTN2GO app.

Complete rosters for both the National Team and the Big Ten Team can be seen via links below.

Just spectacular to see Alex Walsh, a 15 year old, competing at such a high level!!

All things considered, I think the meet will be more evenly matched than most might think. No one will be even close to tapered for this meet. The college swimmers as well as the Junior team members will be in the middle of big yardage training. So I don’t expect very fast times but I do expect a competitive meet. I look forward to watching Cameron Craig from ASU, representing team USA… He swam a phenomenal meet at Jr. Pan Pacs and now training with Bob Bowman, I expect there will be many more big races to come!

I applaud the effort to present something different and creative with this meet. The format promises much more of a hook for the general public and media to latch onto just than trotting out another stale, emotion-free early season PSS meet. By using SCY format it also helps elevate the profile of college swimming at a time of year that where it doesn’t garner much attention outside of the hard-core fans.

Having said that, I don’t mind too much that many big names from the last Olympics will not be attending – there are still some intriguing match-ups which include promising younger swimmers at the outset of the new quadrennial (some examples: a potential Forde v Zeiger v Clary contest… Read more »

What about national team vs. Texas
who would win?

Look at Drew Kibler and Robert Finke for the future of US men’s freestyle. 2 special talents.
Cool to see Miss Walsh on women’s side.

There was no objective, published selection criteria. Appears to be purely subjective. The National Jr Team swimmers that just spent 11 days in Asia for World Cup might be better off training instead of competing again. It’s early/mid season. I don’t get it. Alex Walsh didn’t make that World Cup team so it makes sense that she’d swim this. Otherwise, Forde, Schmidt, Merrell seem to be stretched thin.

Not a very good turnout for the national team. Looks like BIG will definitely win.

the national team rosters are very random and small compared to the BIG rosters..I expect the BIG to win

I have a feeling Alex Walsh is going to kill those backstroke events!!