Matt Josa To Compete In Italy, Will Join Cal Roster For Second Semester 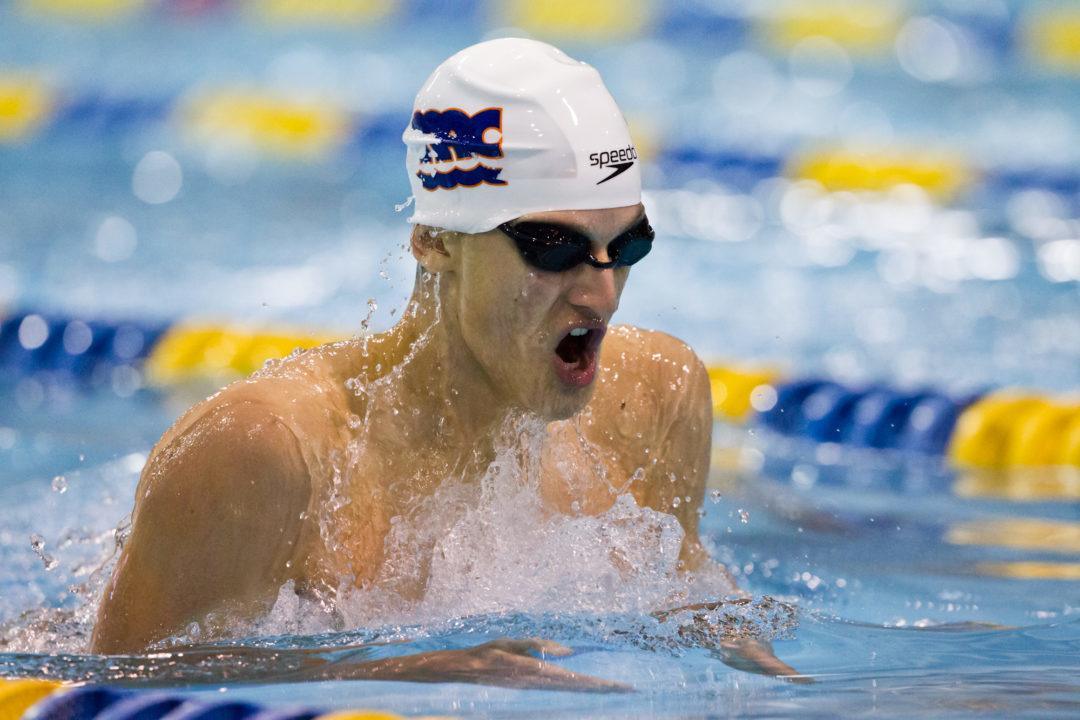 Division II NCAA champ and national record-holder Matthew Josa won't compete for the California Golden Bears until next semester, and in the meantime will compete in the Nico Sapio Trophy along with some notable Cal alumni. Archive photo via Tim Binning/TheSwimPictures.com

Division II NCAA champ and national record-holder Matthew Josa won’t compete for the California Golden Bears until next semester, and in the meantime will compete in the Nico Sapio Trophy along with some notable Cal alumni.

Josa, a multi-time national champ for Queens University in his two years at the Division II level, was rumored to be transferring out to the Division I level as early as March of this year. In July, he settled on the University of California, where he appeared set to swim out his final two years of college eligibility.

Now, a source close to the program tells SwimSwam Josa will begin competing for the Golden Bears in the spring semester. That would likely give him a shot at the NCAA and Pac-12 Championships, which take place in March.

In the meantime, Josa is one of a number of notable swimmers with Cal connections competing in the Nico Sapio Trophy in Balzano, Italy this week. The meet is also set to include Olympic champ Anthony Ervin along with Madison Kennedy and Jacob Pebley.

Italy will use the Nico Sapio Trophy as its qualifying meet for Short Course Worlds. According to the Italian Swimming Federation website, Gregorio Paltrinieri, Gabriele Detti and Federica Pellegrini are already qualified based on the Rio Olympics and Luca Dotto is already qualified through the European Championships.

Any links to results from this meet in Italy?

Is he training right now with durden