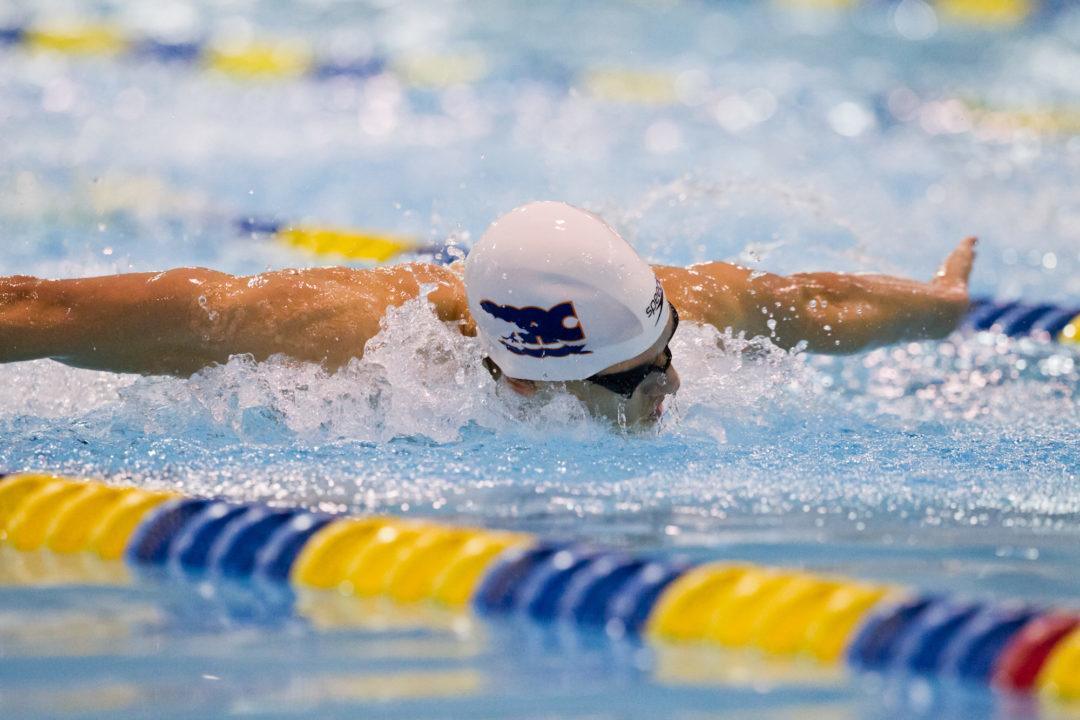 Division II NCAA standout Matthew Josa will be transferring to the University of California for his remaining two seasons of college eligibility, beginning this fall. Archive photo via Tim Binning/TheSwimPictures.com

Division II NCAA standout Matthew Josa will be transferring to the University of California for his remaining two seasons of college eligibility, beginning this fall.

Josa starred for Queens University in the NCAA”s Division II for two seasons, but sat out this past year on an Olympic redshirt, training with SwimMAC Carolina. In the meantime, news broke that Josa was seeking a transfer to Division I, with Cal, Texas, Missouri and Louisville all rumored as possible destinations.

This week, SwimMAC coach David Marsh confirmed that Josa would be transferring to Cal, passing along a statement from Josa:

“I loved my time at Queens, I made some of my best friends, we won tough championships with Coach Dugdale but  outside of the Olympics my priority is to race at the Division 1 level with a top team,” Josa said in the statement. “Based of their pattern of success, Dave Durden’sand David Marsh’s similar coaching philosophy, and Cal’s impressive results in the Long Course pool, I plan to finish my last 2 years as a Cal Bear”

Josa is a huge pickup for Cal. He holds NCAA Division II records in the 100 fly, 200 fly and 200 IM, and is coming off an Olympic Trials meet where he finished 6th overall in the 100 fly.

He also gives Cal a badly-needed weapon in the butterfly races, which have been the key cogs in Texas’s back-to-back wins over Cal at NCAAs.

Huge pickup for Cal. They could (potentially) rival Texas next year in a tight NCAA title battle

I mean yes and no. I don’t think Cal is deep enough in the frees to compete with Texas. Even with a sub par swim with clark smith he’s still the faster than Cals best distance swimmer. And clark smith isn’t event he fastest on Texas in the distance group. It’s a huge pick up for Cal but I think Texas is going to pull an Auburn and pick up another 4 championships. I don’t think last years freshman class (Haas class) will let anyone come up and take that from them. It’ll be close at first but I don’t think Cal is deep enough to hang.

This is great for cal. They lost their sprinters and with Josa on fly Lynch can be their freestyler for the 4×50. They just need to wait one more year for Hoffer and they’ll have a killer medley if Murphy redshirts giving them an extra year. That would be scary, Murphy on back with a 20.20. 22.30 or 23 low by hope 20 or 19 high by Josa and Hoffer anchors in lets say 18.30

Why would Murphy redshirt?

Hit the nail right on the head a man can dream right?

Maybe to extend his amateur status for another year? Why get paid until you absolutely have to?

It doesn’t seem likely that Murphy will redshirt next year if he didn’t even redshirt Olympic year.

That’s in two years, so room for improvement for all involved from where they are today

Most unrealistic splits ever

Actually, those are all completely plausible. Are you aware that Murphy and Hoppe already went 20.20 and 23.29 this year? Josa was 44.8 back in March 2015. Hoffer has been 19.1 flat start as a HS junior. What is unrealistic about these splits?