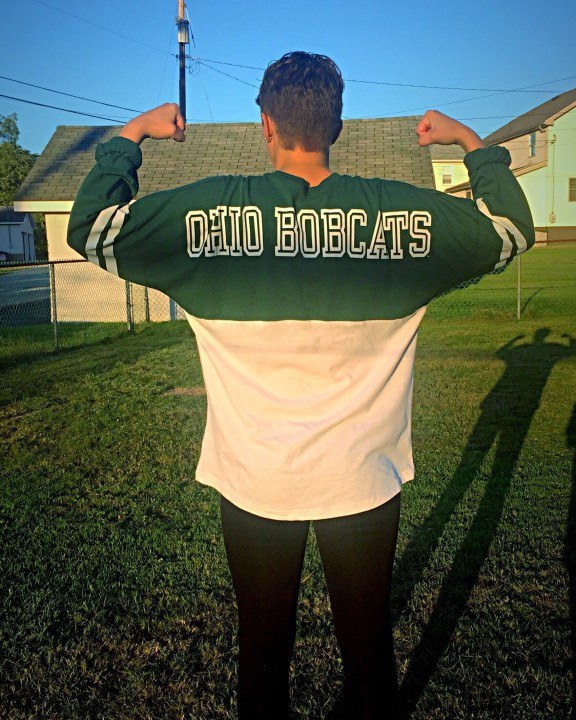 Emily Zimcosky (PA) and Kelsey Hahn (FL) have both announced their verbal commitments to Ohio University for 2016-17. Current photo via Emily Zimcosky

Ohio University struck gold after their most recent recruiting weekend when Pennsylvania’s Emily Zimcosky and Florida’s Kelsey Hahn both announced their intention to spend the next four years in Athens, Ohio.

Hahn announced her commitment on her Instagram account: “I am beyond excited to announce that I have verbally committed to Ohio University! The campus just felt like home and I love the positive atmosphere always present there. I can’t wait to become a part of the bobcat family  #OUOHYEAH”

A senior at Hagerty High School in Oviedo, Florida, Hahn placed sixth in the 200 free and eighth in the 500 free at the 2014 FHSAA Class 4A Championship Meet last November. Hahn’s club team is Blue Dolfins. Over the last two seasons, her best times have been as follows:

The Mid-American Conference only scores two finals at its championships, but already Hahn has times that would have helped Ohio in its 2015 campaign. The Bobcats finished sixth of eight teams, but the conference is very tight and a few extra points here and there could mean the difference between a top-three and a bottom-three finish.

Zimcosky told SwimSwam: “Committing to Ohio University was easy for me.  The distance was just right for me personally, the campus feels like home, and the atmosphere is just so welcoming!  After meeting with the Bobcat girls, and seeing their love for the sport and support for one another I knew that it was the team for me!  I have full confidence that the coaching staff, Coach Rachel Baugh and Coach Robert Looney, will help my not only reach all of my swimming goals but help shape me into a well-rounded person! I am beyond excited to be continuing my swimming career at Ohio University! Go Bobcats!”

Zimcosky is a 2016 Olympic Trials qualifier in the 50m free, but is quite versatile and could be used wherever the Bobcats need her. A senior at Geibel Catholic High School in Connellsville, Pennsylvania, she is the reigning WPIAL AA champion and the current record-holder in both the 50 free (23.10) and 100 free (50.52). Her fastest times from the last two seasons are:

Zimcosky’s short course times in the 50 free, 100 free, and 200 back would have placed her squarely in the “A” finals at 2015 MAC Championships, while her 200 free and 100 back would have made the “B” finals. Most important to the Bobcats’ quest for a conference championship over the next several years will be the contribution Zimcosky can make to their relays, where her times as a junior in high school would have bumped the Bobcats up a couple of rungs in several of those all-important double-point events.

Things are not always as they seem. Good luck to you both

Things are not always as they seem. Hope it works out for you two

please elaborate….got “strange” vibe there myself.