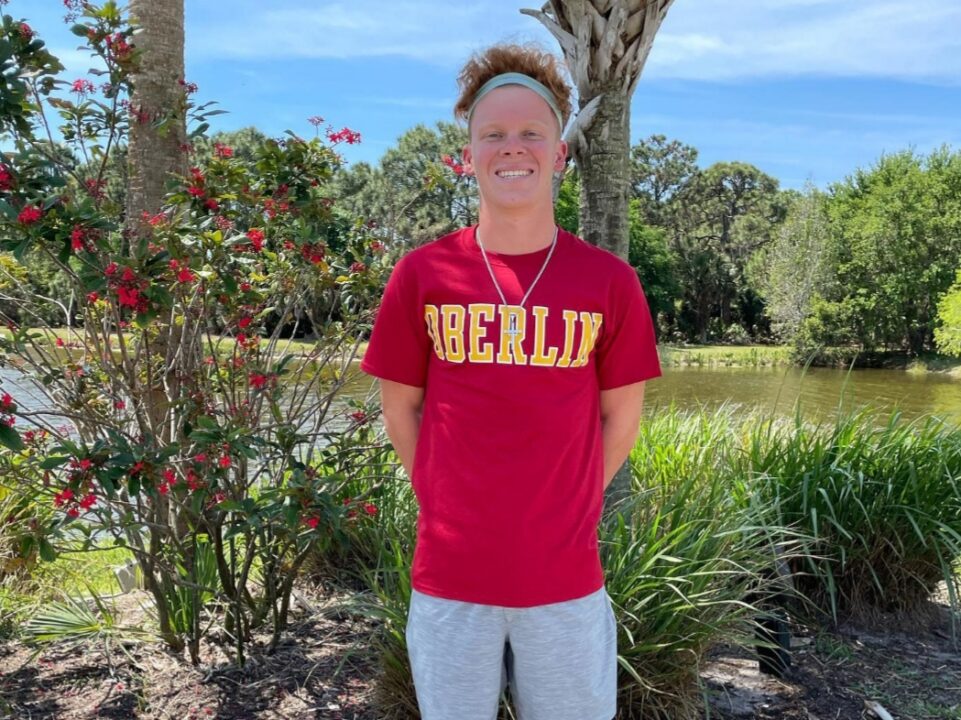 Breaststroke and freestyle specialist Dylan Bechtold has announced his commitment to swim at Oberlin College as a member of the class of 2025.  Current photo via Dylan Bechtold

Dylan Bechtold has announced his commitment to swim at Oberlin College as a member of the class of 2025.

“Very excited to announce that I will be swimming and studying at Oberlin College.  I can not thank my family, friends, coaches and teammates enough for their endless support.  Go YEOS!!”

Bechtold is a native of Sarasota, Florida and recently graduated from Venice Senior High School. At the club level, he represents the South County Family YMCA in Venice, where he specializes in the breaststroke and freestyle events. At the Florida Senior Championships in late July, Bechtold was a finalist in the 200m breaststroke, where he placed 9th in a time of 2:37.23.

Bechtold is a huge pick-up for the Division III Oberlin men. His best times in the 50 freestyle, 200 freestyle, and 500 freestyle would have been the fastest on the roster during the 2019-2020 season and his 100 freestyle would have ranked him 2nd on the roster. (Oberlin did not compete in any championship meets during the 2020-2021 season due to the pandemic). Bechtold will also add some much-needed depth for Oberlin in the breaststroke events, where they only had 3 swimmers compete throughout the entire 2019-2020 season.

With his commitment, Bechtold joins Nicholas Imig and Myles Felt in Oberlin’s class of 2025.

Dig the headband. Wonder what his fellow ginger Age group coach would think about that look though. Best of luck to Dylan

Didn’t Oberlin have another pick that was on the upswing for them earlier? Props to the upward mobility for them.