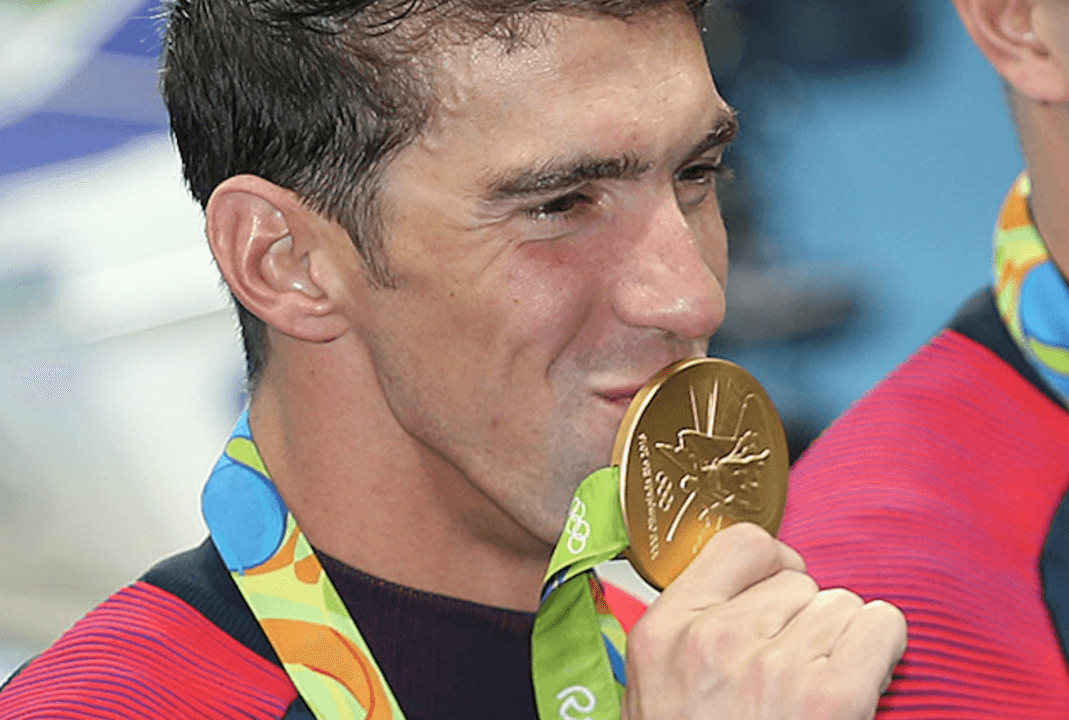 What a second night in the pool we just saw, and what a night for North America. There were many big stories; world records, junior world records, medals, national records…but none bigger than the greatest Olympian of all-time, Michael Phelps, extending his record for the most gold medals ever won, claiming his 19th in the American’s triumph in the 400 free relay.

Phelps has stated that relays were a major reason why he came back, and seeing the Americans lose the 800 free relay last August at the World Championships, not to mention missing the final in the 400 free relay, added a big fuel to his fire. Phelps’ underwater on his turn was the most “Phelpsian” thing we’ve seen from him in a while, as he is no doubt extremely motivated this summer.

Phelps swam second on the relay, not a place he has historically gone nor a spot usually fit for a star, but he was more than willing to swim there, and he delivered. He also swam in that spot four years ago in London, and gave the Americans a lead, like he did tonight, though back then the French caught them and the Americans settled for silver. Tonight it was nothing but gold for the US, with Phelps splitting three one-hundredths faster than four years ago in 47.12, the 4th fastest split in the entire field.

In his post race comments, Phelps made a point of mentioning that this was one race the Americans wanted to return to their soil. Phelps said “that’s one race we wanted to bring back to our soil. We had a sour taste in our mouths…at least I did after 2012, and I’m glad it’s back on American soil.”

Phelps now extends his lead in all-time Olympic gold medals to ten with his 19th win, trailed by Soviet gymnast Larisa Latynina who won nine between 1956 and 1964. He also won his record 23rd Olympic medal, now five up on Latynina’s 18.

Joining Phelps on that relay were Caeleb Dressel and Ryan Held, both first-time Olympians, who had strong legs of 48.10 (lead-off) and 47.73. Anchoring was 2012 100 free gold medallist Nathan Adrian, who got the job done in 46.97.

Along with Phelps and the relay, there were some other big performances from North America on day two. Let’s take a look:

Here’s a look at the swimming medal table for North American countries after day 2:

The Americans had a dominant day 2, winning 2 golds and three silvers to take the overwhelming lead in total medals with 8, and tying Australia for golds with 2. The Canadians added a silver to their bronze from last night, tying them with Great Britain and Japan for 3rd overall.

I was absolutely blown away by this relay. Dressel and Held were amazing, and Adrian as usual delivered a sub-47 anchor, but I was not sure what to expect from Phelps since he hasn’t raced a 100 free in quite a while. His underwaters off his turn was absolutely phenomenal. To all the haters who didn’t believe Phelps shouldn’t have swam this relay, he really delivers at the right moment. I can’t wait to see his next few races.

Here was a preview from about a week ago. Phelps went around 48.3 from a flat start.
https://swimswam.com/phelps-lochte-haas-among-mens-400-free-relay-atlanta-time-trial/

That turn was 2007 level Phelps. What a victory this was. Held and Dressel deliver on the biggest stage in their first international final. And Adrian and Phelps finally recapture what has eluded them since 09. They’ve worked very hard for this.