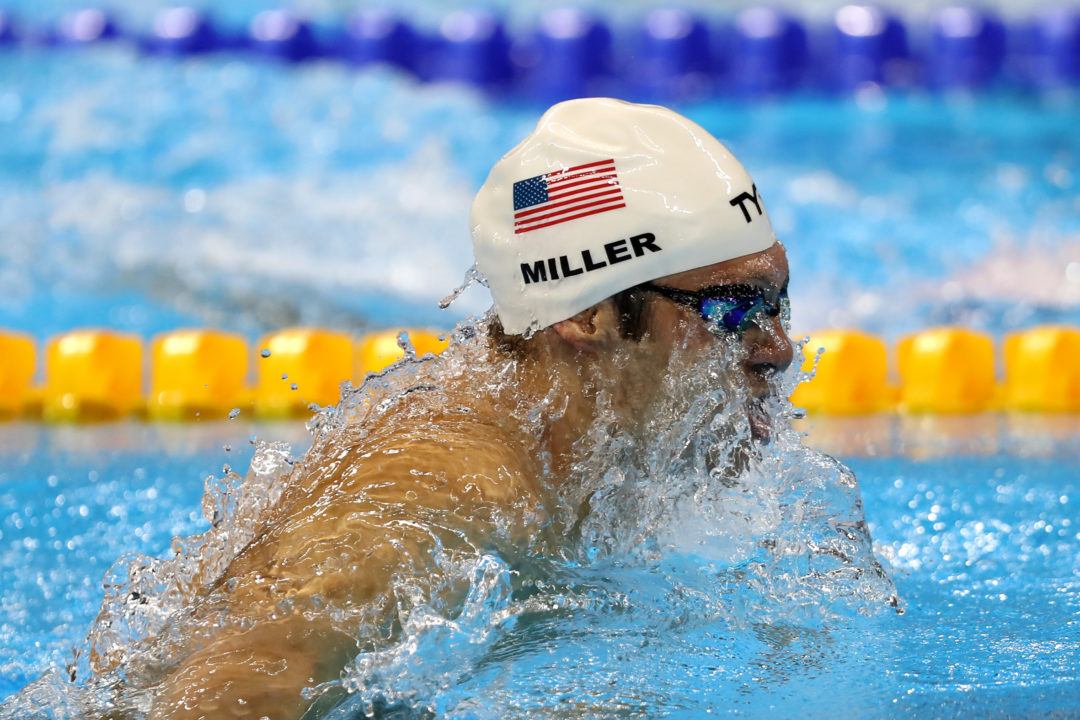 Miller swam a 58.86 to become the fastest American in history, breaking the previous American Record of 58.94 set by his Rio teammate Kevin Cordes. Current photo via Simone Castrovillari

Miller’s swim was not only a new American Record, but it also earned him his first ever Olympic Medal. He finished 3rd, taking the bronze medal behind Great Britain’s Adam Peaty, who won the race in a World Record time of 57.13, and South Africa’s Cameron Van Der Burgh, who swam to silver in 58.69.

Before Cordes had broken the American Record at Trials, the record stood at a 58.96 done by Eric Shanteau in 2009. Miller is now the 3rd American ever to break 59 seconds in this race, next to only Shanteau and Cordes.

Subtract 4 seconds for the 10 extra dolphin kicks he took.