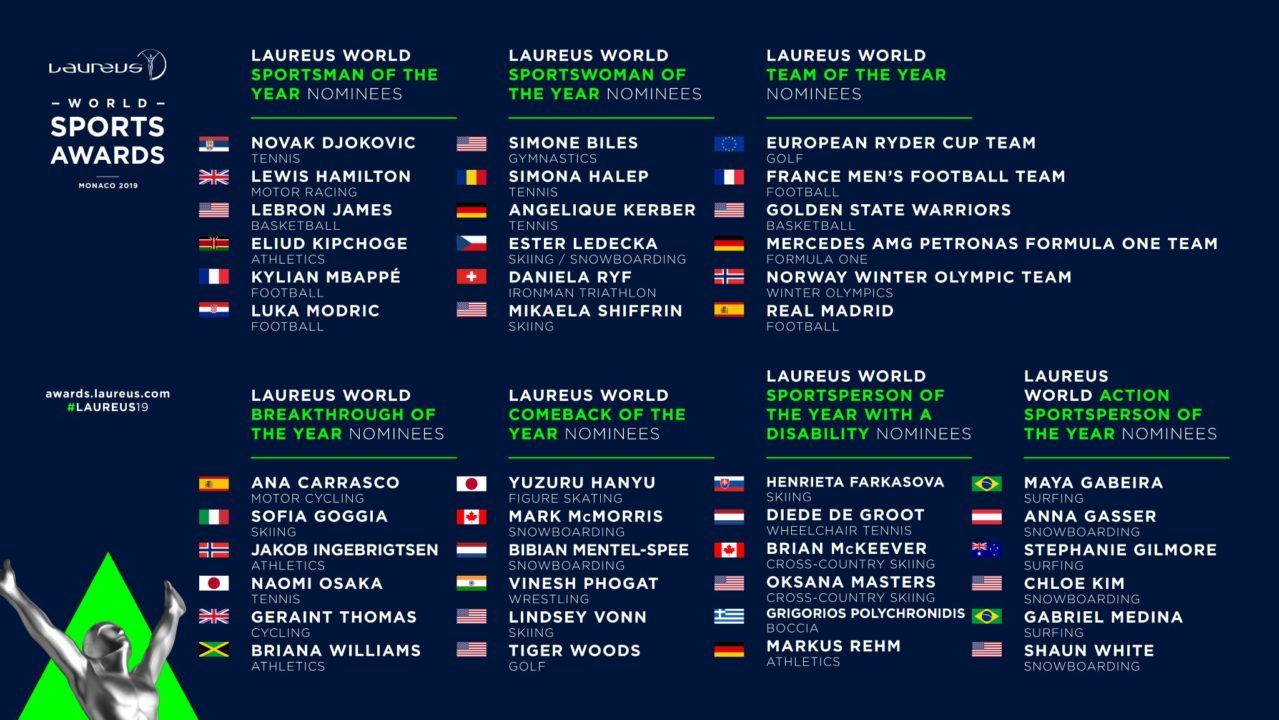 Katie Ledecky was nominated for Sportswoman of the Year in each of the last 3 years, but no swimmer was nominated in 2019 for just the 2nd time ever. Current photo via Laureus World Sports Awards

No swimmers have been nominated for the 2019 Laureus World Sports Awards, marking t he first time since 2015 where a swimmer wasn’t nominated for either Sportsman or Sportswoman of the Year.

Katie Ledecky had been nominated for Sportswoman of the Year in each of the last 3 years, but lost out to Serena Williams twice and Simone Biles once. In spite of breaking a World Record in 2018 in her first race as a professional, she wasn’t nominated for this year’s award.

I figure this will garner some hate on a swimming site, but I’m okay with these rankings. Even with the quality of performers in swimming right now, I do not see any of them to be more deserving than others on this list, especially due to the fact that the World Championships this year were SCM, and the Winter Olympic athletes often only get attention during their Olympic cycle, much like many Summer Olympic athletes.

Hard to choose between Simone Biles and Mikaela Shiffrin for the women’s award. 2 amazing athletes. I pick Mikaela because I’m a big fan of winter sports, it was an olympic year, she’s dominant and honestly I’m in love with her. 😎 I know. She already has a French boyfriend and it’s not me. 😆

I don’t watch winter sports but didn’t Ester Ledecká do something no one has ever done and win gold in skiing and snowboarding? Surely that is a clear win? This is like winning a gold in 100 Free and then playing on the gold medal water polo team right? Or is it more like winning open water and pool gold? Or winning diving and swimming gold? If anyone can explain please do!