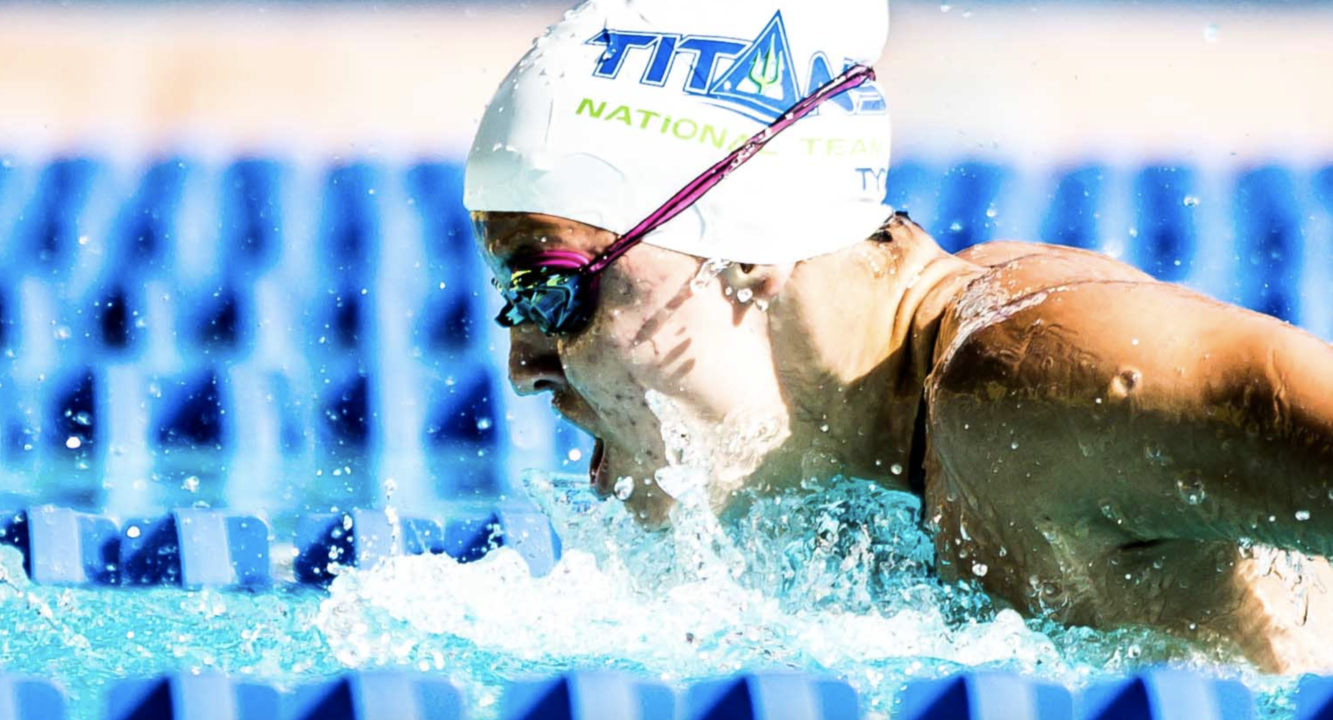 Charlotte Hook (above) won the 100 fly and 100 back on Saturday in Cary, while fellow US National Teamer Claire Curzan topped the 200 free field. Archive photo via Jack Spitser/Spitser Photography

US National Teamer Claire Curzan again focused on a secondary event on day 2 of the TAC Titans Polar Plunge meet this weekend in Cary.

After swimming a best time, and finishing 3rd, in the 500 free on Friday, Curzan picked up her first win of the meet with a 1:45.79 in the 200 yard free on Saturday. That was about 3-tenths of a second shy of her lifetime best in the event, which has her ranked as the 36th-fastest 15-16 ever in the event.

She’s scheduled to finish her meet on Sunday with a swim in the 200 fly.

In Curzan’s absence, fellow US National Team member Charlotte Hook won the 100 fly, swimming a 52.92. Those two will run into each other in that 200 fly, Hook’s best event, on Sunday.

The runner-up in that 100 fly was Liberty commit Sydney Stricklin in 55.41. That’s a lifetime best for her by 6-tenths of a second: her first lifetime best in that event in over a year. Stricklin, primarily a freestyler, is a Michigan native who previously trained with Club Wolverine, but she has been racing in North Carolina for the last several months while Michigan pools have had tighter coronavirus restrictions. She is registered at this meet as an unattached swimmer in the North Carolina LSC.

On the boys’ side of the pool, distance specialist Lance Norris continued to extend his range with a 1:39.19 best time in the 200 yard free. The high school junior, an NC State commit, dropped .15 seconds from his previous best time. That adds to a win on Friday in the 200 IM in 1:48.91, and a best time in the 100 breaststroke in 59.13. While none of those are likely to be primary events at the next level, anything he can do to improve his versatility bodes well for the 400 IM, his best event, that he isn’t swimming this weekend.

Do the TAC 13 and Over swimmers suit up for every meet?