Roanoke College Kicks Off Season With Sweep of Lynchburg 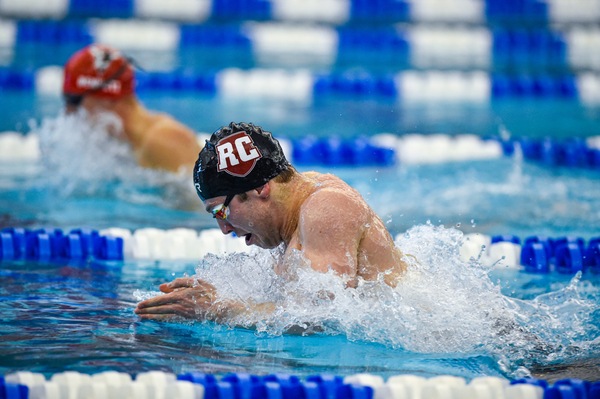 Iowa sophomore Will Myhre swam a 51.81 in the 100 breaststroke on Friday morning, meaning that Iowa will swim at the NCAA Championships in their final season.

We did the math – well, SwimSwam’s numbers guy Andrew Mering did – and the NCAA Division II cutlines should fall in line 17 for men and 21 for women.

This morning will run prelims of the 100 back, 100 breast and 200 fly, with a deep breaststroke field is finally able to get some individual swimming in.

The Lead: The Roanoke College swim teams traveled to Lynchburg to open up competition for the 2020-21 season. Due to the COVID pandemic, it marked the first intercollegiate athletic competition of any kind this season. Roanoke would win 16 of the 22 events en route to besting their Old Dominion Athletic Conference (ODAC) rivals from the University of Lynchburg.

Up next:  Roanoke hill head back to the hill City on February 5th for a rematch with the Hornets.

Freshman Trevor O’Neill claimed the lone win for the Hornet men, finishing in 55.92 in the 100 backstroke.

Lynchburg’s women came back late to make the meet close after the 100 breaststroke, cutting the deficit to 96-92. But Roanoke rallied in the final event, the 400 free relay, winning by just over a second to win the meet.

The Hornet swim teams move to 1-1 in dual meets in the 2021 season. Lynchburg will be back in the pool Saturday, January 30 at defending ODAC champion Washington and Lee in Lexington.