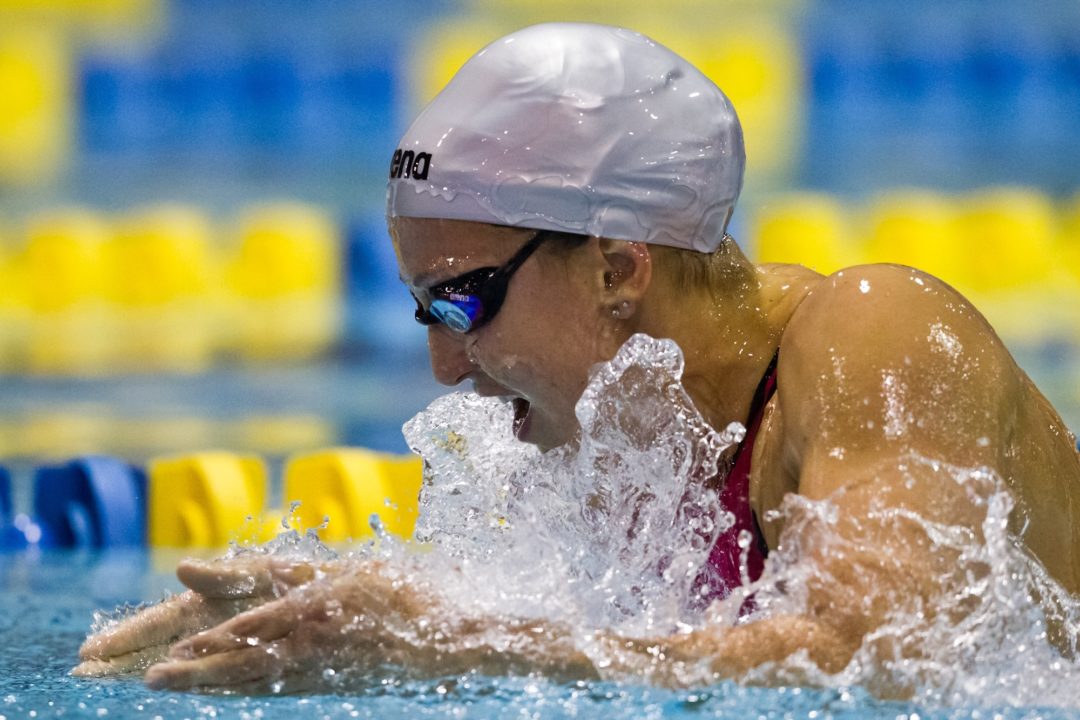 The Olympic Women's swimming competition is a compelling mix of stars in the making and seasoned veterans. Here are a handful of battles for gold that you just can't miss.

Storylines abound in the women’s category. There are young stars in the making, and veterans seeking final glory. Here are a few women’s races you just can’t miss.

Every swimming fan loves a heavyweight tilt. (By heavyweight we mean swimming credentials of course). In one corner we have Vollmer, as the 2011 World Champion and current world #1, racing the current World Record holder Sjöström. The young Swede, (who won’t turn 19 until shortly after the Games), is creeping closer to her mark from 2009 Worlds. She swam under 57 in March, going a healthy 56.79. Posting that early in spring means she might have been able to fit in another shorter cycle before London. Vollmer looked poised in Omaha, swimming a PB 56.42 to register the top time in the world. Both have similar powerful strokes, so this one could literally come down to the touch.

The Russian national is a consistent big meet performer, with a tendency to break records in preliminary swims. At 2009 Worlds, aided by a rubberized exterior, Zueva swam a WR 58.48. That mark lasted less than 24 hours as Gemma Spofforth, GBR reduced the record to 58.12 in the final, Zueva was second. Also the silver medalist from 2011 Worlds, Zueva will battle Missy Franklin, and the young American’s first shot at individual gold. Barely a hair separates their season bests, and it could take a 58.low to win. It will be Franklin’s youthful poise against Zueva’s experience in a big final. Also, there will be an element of fitness at play, considering the Franklin will likely swim the 200 Freestyle semi earlier on.

Google ‘Breeja Larson’. Go ahead, do it. On the first page of results you’ll find the line, “Who is Breeja Larson?” The world is about to find out. As American swimming fans, and teammate Rebecca Soni discovered in Omaha, Larson can lay down a 100m of breaststroke. However, Larson’s 1:05.92 from US Trials isn’t Championship material. Soni went 1:05.05 to win 2011 Worlds in Shanghai, not to mention 1:04.91 in semis. But considering that Larson, a product of Texas A&M was ranked 42nd in the world last year, you have to wonder if her trajectory is on course to threaten for gold. Soni is seasoned, and she likely has another layer of taper from Omaha which would render this no contest. This one might be reaching, but at the Olympics, anything is possible.

Go enter our Great SwimSwam Pick Em’ Contest! Do it!

The Games start in a few days! Can’t wait? Tell me about it.

is there any 200 free can`t miss the race somewhere ?? Pelligrini , Muffat , Barrat , Schmidt in a huge monster battle .

Can someone explain how Jessica Hardy could enter the 100m breast for Qatar? I’m confused.

it was a joke