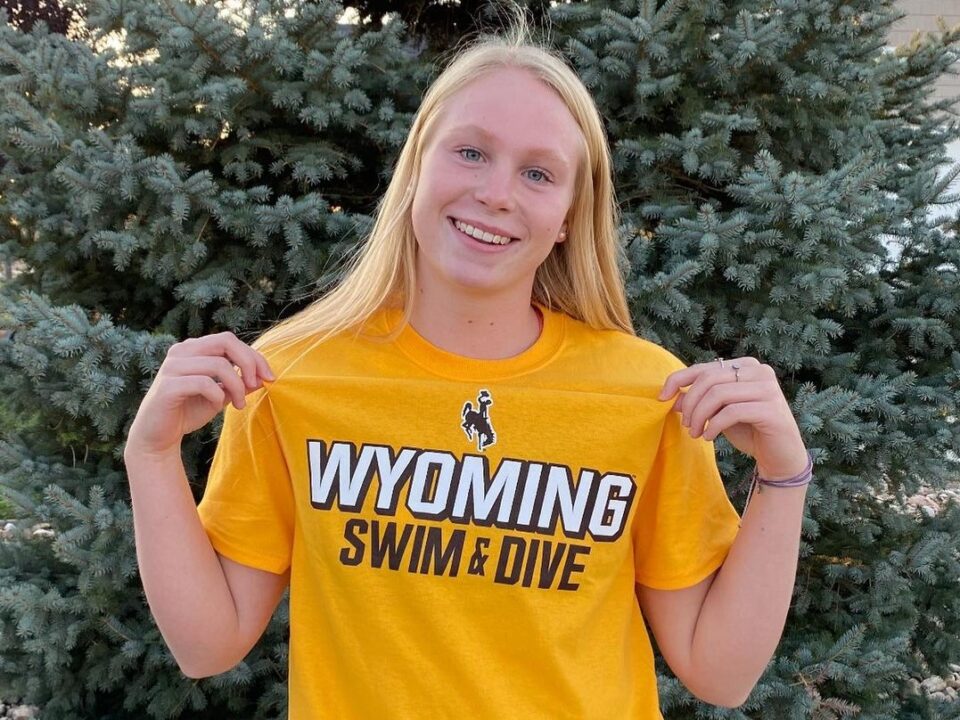 One of the best swimmers in the state of Wyoming will make the short drive across state next fall to swim at the University of Wyoming.

After wrapping up her high school career last week with a pair of state titles, Berkeley Christensen has announced her commitment, choosing to stay in her home state and commit to the University of Wyoming. Christensen is from just four hours north of the school, living in Gillette, Wyoming where she attends Campbell County High School. She also swims with the Gillette Swim Team.

Christensen is one of the most dominant swimmers in Wyoming state history, having claimed seven state titles across her four years of high school swimming. As a freshman, she won state titles in both the 200 free (1:56.11) and 100 fly (57.81). She repeated both titles during her sophomore season, taking a second and a half off of her 200 time to win in 1:54.64 and almost a second off of her fly to grab the title in 56.87. In her junior season, she suffered her first defeat at the state meet, winning the 200 (1:55.19) but falling to second in the fly. In that race, she lost to Anna Roesler, a current senior at Laramie High School who will also be a part of Wyoming’s incoming freshman class next fall.

After winning three straight 200 free titles, Christensen made a switch in her senior year, opting to face the 200 IM instead. Despite the change, she still finished with the top time, winning in 2:07.56. She also reclaimed her 100 fly title after besting Roesler in the event, finishing in 55.62.

Christensen will have the potential to become a key contributor to the Cowgirls as a freshman, with lifetime bests that already put her on the edge of making the team’s 400 and 800 free relays. During the 2020-21 season, her lifetime best would have made her the 5th best in the 200 free on the team.

While some of the top freestyle talents on the current Cowgirls roster will graduate this season, the school’s roster currently includes Kali Franckowiak, a freshman who has already been 1:53.68 in the 200 free this season. Christensen will also have two years of overlap with the program’s top butterflier, recent Boise State transfer Carly Palmer. Palmer currently leads the team in the 100 fly for the 2021-22 season.

Wyoming finished 4th at the 2021 Mountain West Conference Championships. The program was led by Katelyn Blattner, who claimed two individual titles, as well as a second-place finish.

Christensen will be joined by Roesler and Alexandra Stein as members of the class of 2026 at Wyoming.