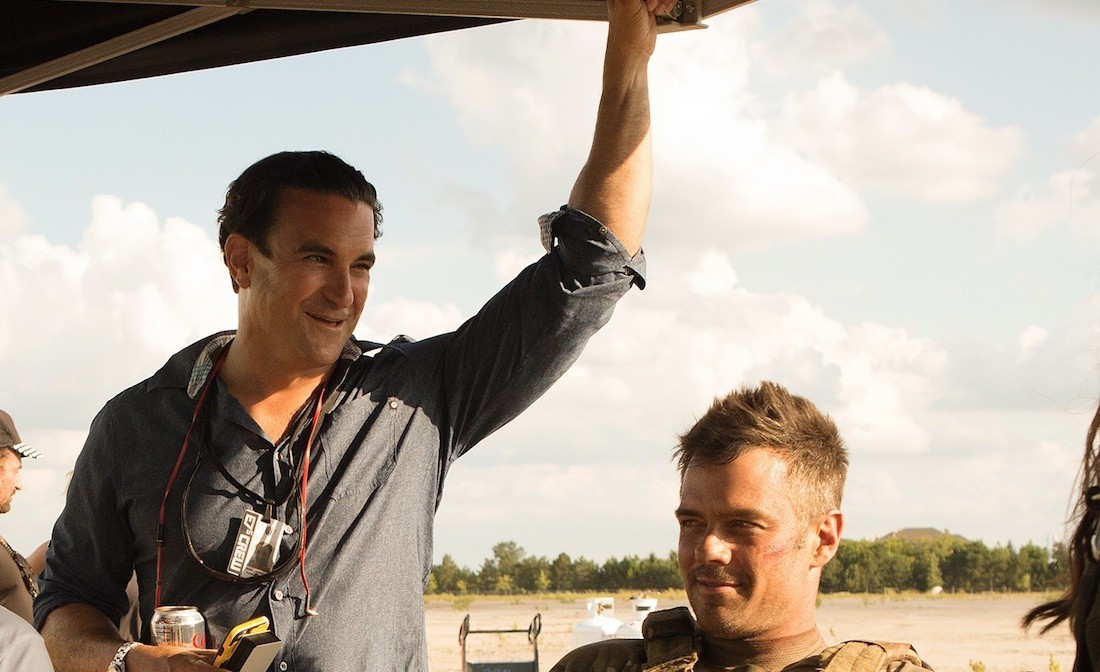 Swammers work in every industry, including entertainment. The superstar stand-up comic Kevin Hart was a butterflyer, and the writer/producer/actor on the hit show “Workaholics” Anders Holm was a sprint freestyler.

Both segued to the big screen, but do we have a swammer making movies, a powerful Hollywood producer?

We do. His name is Mark Vahradian, and he has deep swimming roots. He’s a Mission Viejo alum and former Division I IMer at Duke University.

Vahradian’s the real deal, producing tentpole movie franchises like “Transformers.” Vahradian also shepherded the critically acclaimed “Deepwater Horizon,” starring Mark Wahlberg. Those are merely a few films from the past two years — Vahradian’s résumé is long and illustrious.  With his swimmer’s work ethic, Vahradian has had a meteoric trajectory in Hollywood since launching his career in 1994.

MEL: Thanks for the interview, Mark.  I know a lot of swimmers will feel a sense of pride knowing we have one of our own in Tinseltown. 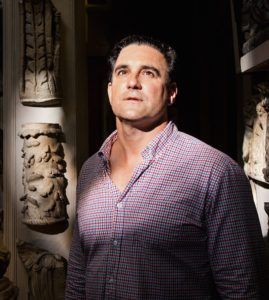 MARK: Thanks, Mel. I guess I represent a few constituencies here in Hollywood. I’m Armenian and get a lot of support from that community. I went to Duke and have helped to encourage fellow Dukies to migrate west and work in movies and television.

And yes, I am a former competitive swimmer making movies for a living, but you’d be surprised to know there are more than a few swammers out here, many working at very high levels in the business. Swimmers have a way of finding each other, even in Hollywood.

MEL: Swimmers are all about numbers. By my math, your films have grossed $2 billion, and that’s before the release of “Transformers: The Last Knight” (in theaters now), which should push you to $2.5 billion. That’s U.S. domestic revenue. I don’t want to put you on the spot, but what’s your domestic plus international career box office total?

MARK: Funny enough, I have never really totaled my box office numbers, but I always try to figure out how many miles I swam as a kid — 1500 is a mile, 15,000 is 10 miles, so 20 grand a day is marathons of swimming on a weekly basis. Box office is less painful than yardage, and a lot more people contribute to those numbers, most of all the moviegoers themselves. As a producer, I’m probably getting close to the $5 billion mark.

***Editor note:  The opening weekend of Transforms: The Last Night should near $70 million as of box office projections today.

Let’s go back to your chlorinated days and reveal the swimming roots. What sums up your Mission Viejo experience? Can you crystallize it? Mission Viejo is one of the most storied swim clubs in history.

MARK: Mission Viejo was a great place to grow up. The town was built by the Philip Morris corporation. They placed a few swimming facilities around town to help sell real estate to families. That was a big part of why MV became a swimming mecca. My family just happened to live close to the Marguerite pools, and so I started swimming.

I swam with kids from all over the world — Japan, Puerto Rico, Brazil, Poland, Russia. Many of our high school records were world records. Parents were not allowed on deck. And any misbehavior got you thrown out of practice.

I’m not sure any equivalent program exists today. That was a moment in time when more training was always the answer. We survived on the conversations that took place in 10-second increments on the wall between intervals. Those few quick words forged friendships that have lasted a lifetime.

MEL: Duke University — it’s a great school, and from my research, you intended to focus on academics 100 percent, until you got pulled back into the swimming family. Can you share that history?

MARK: Duke was a whole new challenge. I was a political science major and also pre-med. I had been the valedictorian of my high school and intended to continue that level of academic success at Duke. I intended to hang up the Speedo, thinking I’d be better off studying at 5 a.m. than jumping into a cold pool.

That all changed when Duke’s head swimming coach, Bob Thompson, tracked me down during orientation. Coach was a medic in Vietnam and a plainspoken guy. He offered some wise counsel that went something like this: “You’re not going to be a valedictorian here. There’s a hundred valedictorians in your class alone, and most of them are smarter than you. More importantly, that’s not what college is about. It’s about experiences. If you join us, I can promise you friendships and memories that those other kids will never have.”

He was right. I swam for all four years at Duke. When my brother died in Washington, DC, it was the swim team who helped me pick up the pieces. At Duke and at home.  Swimming has always felt like a family to me.

MEL: You attended 2016 U.S. Olympic trials in Omaha and presented an award. How connected are you to swimming now?

MARK: Swimming has never left my blood. I have raised money for Duke swimming. I continue to swim for a Master’s team at UCLA with newer friends who feel just like the people I grew up with. I still know coaches at great programs around the U.S. and abroad.

Coach David Marsh is married to my lifelong swimming friend Kristin Marsh. He invited my family to visit Omaha during the Olympic swimming trials. I wanted my kids to see the dedication and strength of these young swimmers. My sons collected autographs as I once did. Instead of John Naber and Jesse Vassallo, it was Maya DiRado and Anthony Ervin. The excitement was the same.

I must’ve seen a dozen friends from childhood still hanging out at the pool. Thanks to you, Mel, I had the honor of handing an award to the great Katie Ledecky. That I will never forget.

MEL: Your business is rough-and-tumble — not for the faint of heart. How did swimming prepare you for a career in entertainment?

MARK: Making movies is a tough gig, for sure. The challenges are many. Business and legal demands can be hard. Creativity is tiring, and so are the politics on a set.

But more than anything, making movies requires perseverance. Nothing could train you better for that than swimming. My friends and I swam with the flu, ear infections, strep throat. We swam through lightning storms, during exams, and over Christmas and Thanksgiving breaks when everyone was home with their families. There were no excuses.

Movies are the same way. You can’t take no for an answer.

MEL: Everyone wants to play in the Hollywood sandbox. Swimmers are no different. We don’t care that “Aquaman” is being rebooted — we want our own swim superhero. What would it take to launch a swim superhero franchise?

MARK: I don’t think a swimmer superhero is out of the question. Swimmers physically look the part!

But big summer movies are usually built from intellectual property that’s already well known. To my knowledge, there isn’t a famous superhero who swims, so I’d probably try to find a star director who used to swim and ask them to sneak a swimmer into a Marvel ensemble then spin that character off into their own movie. You can write the script, Mel!

If you haven’t seen a Mark Vahradian-produced film, burn through the titles below with friends. Watch “Transformers: The Last Knight” in theaters now, and rent or buy the rest to enjoy your own Vahradian Film Festival.

The Devil Inside (2012, executive producer)

Wow! Makes me proud to me a swimmer!

Vote Up40Vote Down Reply
Swimmer A

So there’s only one thing I can think of when I read this article… what were his times?

There’s a really good book that is out of print which is all about the Mission Viejo program this guy swam for. It’s called “Champions”, and it’s by Daniel Chambliss. You get to follow the rise of Schubert and the program and its swimmers, from Brian Goodell and Tiffany Cohen, to Mary T. Meagher, Dara Torres, Mike O’Brien, and more. It’s well worth the read if you can find it.