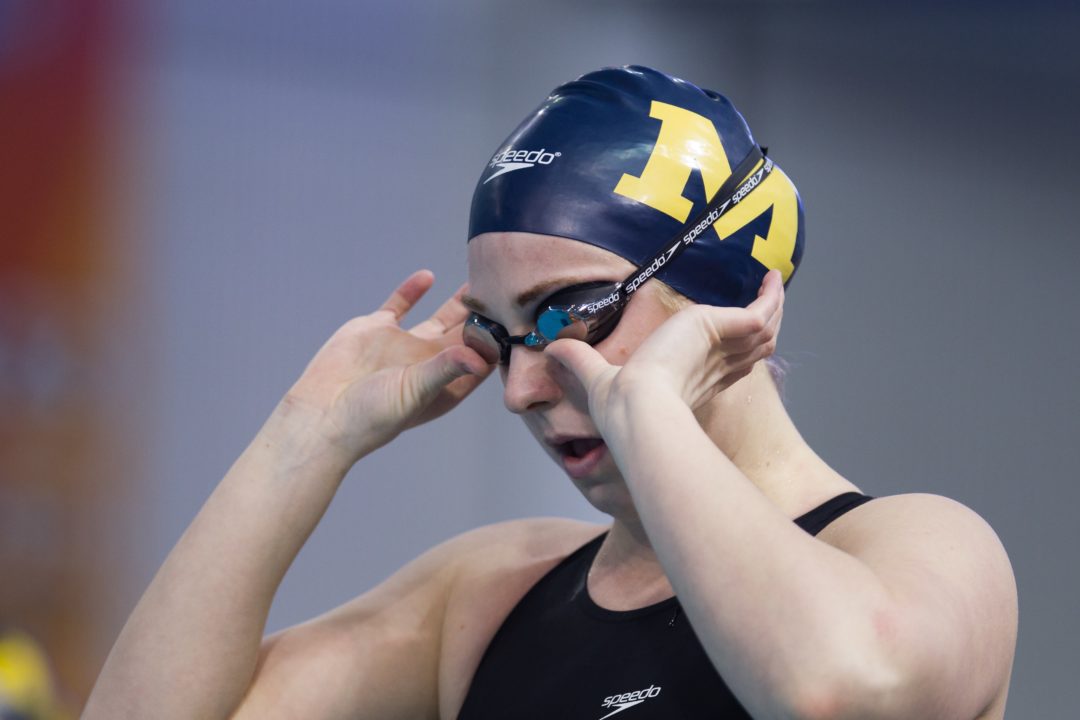 May 16th, 2012 was zero-hour for college coaching changes. Today, we found out that Roric Fink was headed to Texas, that...

May 16th, 2012 was zero-hour for college coaching changes. Today, we found out that Roric Fink was headed to Texas, that the legendary Skip Kenney is retiring, and now 27-year Michigan women’s head coach Jim Richardson has announced his retirement.

In a statement released by Michigan, Richardson said “It has been a privilege and honor to serve as the women’s swimming coach at the University of Michigan,” said Richardson. “Michigan is truly one of the great institutions in the world and to be a part of the development of young women has been my sole purpose. Stefanie Kerska has been the best assistant coach that any coach could ever hope for. Twice in the past year she took over the role of head coach, and has proven she is one of the best assistants in the country. It was a special relationship for 26 years that Stefanie and I had, and I look forward to maintaining that long into the future. To be able to work with Jon Urbanchek, Bob Bowman, Mike Bottom, Fernando Canales and all of the wonderful staff at Michigan has been a great joy. I am looking forward to what God has planned for me in this next stage of life. I will always be a fan and supporter of Michigan Athletics.”

His successes tailed off at the end of his career – in his final season, the Wolverines only qualified one swimmer for the NCAA Championships – but his experience is undeniable.

There is a lot of “retired” coaches now with a ton of outstanding experience – it will be interesting to see how many of them settle into the peace of retirement, and how many seek more Urbanchek-esque roles where they can really focus on straight coaching and less on administrative duties.

One of the finest U.S. coaches who walked the pool decks! Wisdom. Integrity. Knowledge. Kindness. Class. Jim, you will be missed.

He may have been a nice guy, but the retirement is long overdue, by about ten years, as is reflected by his record since 2000 and recruiting classes.

Why is it that certain people always feel the need to post negative comments in the name of “honesty”?? I’ve always wondered why their inner spirits are so unhappy. Gee – can’t you just be gracious and classy (Like Coach Richardson) and say “congratulations and I wish you the best!”

Jim thank you for everything you have done for swimming and michigan swimming. Good luck and you will be missed

Jim always takes a time to stop and say hello whenever I am on deck. Quick with a thank you and a smile. I hope he stays active in the sport. Thanks for everything Jim!

Very sad day for women’s college swimming and the Big Ten. The greatest coach in
the history of the conference and one of the most respected coaches to walk the deck will not be sharing his passion for swimming with the athletes nor fellow coaches. Thanks Jim for all that you have given to our sport and our profession. Enjoy the next phase of your life!