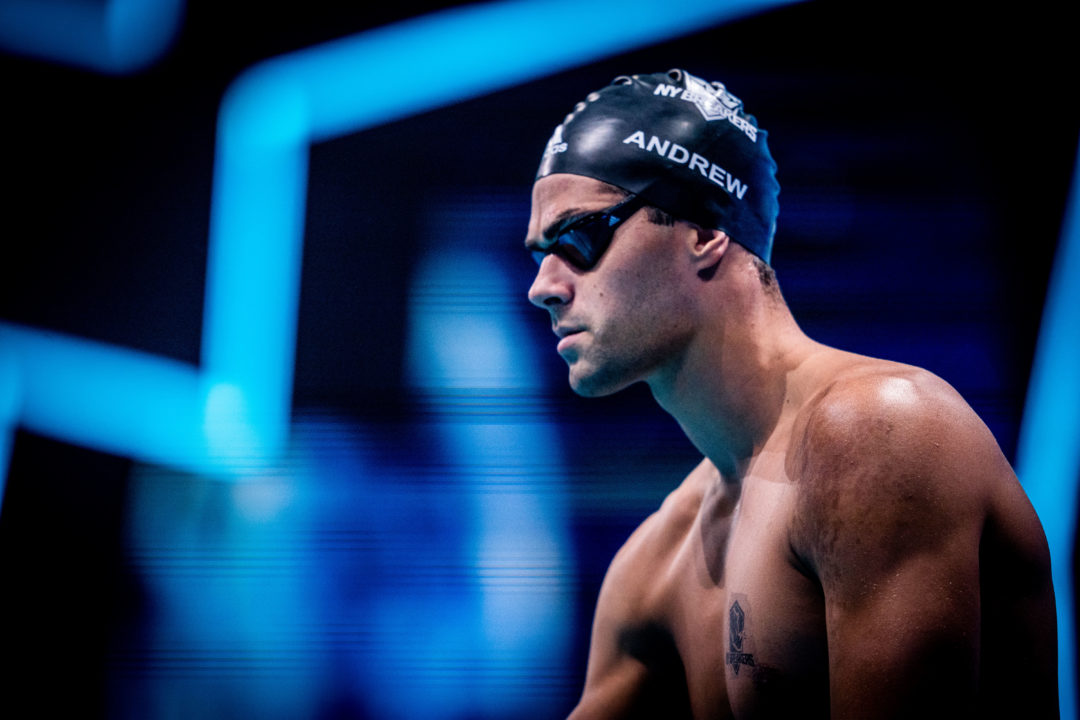 Michael Andrew isn't planning to race in the 2021 season of the International Swimming League after serving as a captain for the New York Breakers in 2020. Archive photo via Mine Kaspapoglu

Michael Andrew, a co-owner and 2020 team captain for the New York Breakers, will not be returning to the team for the 2021 season.

Andrew was part of the Breakers’ pool of athletes to retain, but was not announced Tuesday as one of 15 that they reserved for next season.

The versatile Andrew, who is qualified to race at the Olympic Games for the US in 3 individual events, hasn’t yet lived up to expectations in the ISL format yet – a format that seems tailor-made for him. But he was still the team’s top scorer in the 2020 season, ranking 26th in the league in MVP points in the regular season.

Andrew was expected to be one of the premier performers in this format, given his ability to sprint in all 4 strokes at an elite level and a unique training methodology that allows him to sprint repeatedly within a session.

Michael Andrew, along with his mother Tina and father Peter, are the owners of the Breakers team. Tina also has served as the team’s general manager, though head coach Martin Truijens was the public face of the team during Tuesday’s draft, when most teams were represented by their general managers.

SwimSwam has reached out to Michael Andrew, and his representatives, about his absence from the draft. They have declined to comment other than to confirm that he’s not planning to race in the 2021 season.

In announcing his absence on the live draft telecast, New York Breakers head coach Truijens said he wished that he could name Andrew as the last name but that the “league will survive” without him, a sentiment that was then echoed by host Mark Foster and Energy Standard GM James Gibson.

My body my choice. This “vaccine” is NOT scientifically proven! What about HIPPA? It’s none of your business and against the law to inquire about his health information. If you’re worried about Covid, get vaccinated and leave the Andrew family alone and In addition keep your opinion to yourself.

That’s not what HIPPA means.

Don’t let the door hit you on the way out…..

If he wants a long and successful career he has to rest regularly and especially after olympics. Athletes need breaks to refresh mentally and physically. MP wouldn’t have had the same career without those breaks and if he had also focused on the SCM season.
And personally I don’t care about ISL so I’m not disappointed.

“MP wouldn’t have had the same career without those breaks and if he had also focused on the SCM season.”

Arguably, MP could have had the same career without the type of breaks he took (though breaks more along the Aaron Peirsol type) if he’d been getting the mental health help he admits he needed during that time…

your dislike of short course anything tends to cloud your common sense.

I think the real problem is that date of the competition, just after the olympics seriously? they could do it at the end of the year like the other seasons but why??? let the swimmers rest

He will probably be named later on after the Olympics perhaps ?

Creates a bit of drama for IsL like a reality show

Michael’s team has confirmed that he’s not planning to swim ISL.

Did he fire himself for the unemployment insurance?

Imagine being heavily recruited by and signing with the owners of an ISL team, and then they quit without telling anyone, stranding you with last place money…ouch.

Based on the cap he is wearing, he is obviously starting the MA Swim Academy.