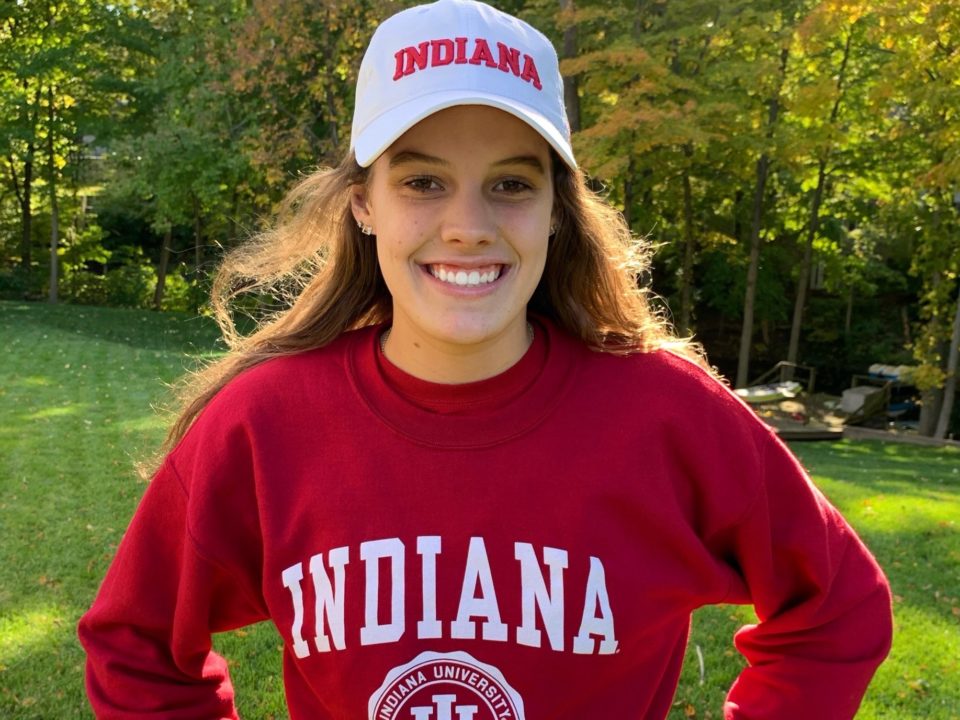 Indiana freshman Anna Peplowski has top 8 times in the Big Ten this season in both the 200 free and 100 back, and is scheduled to race both on Friday.

Michigan senior Maggie MacNeil, the defending Olympic, World, NCAA, and Big Ten Champion in the 100 fly, will swim only her primary event on Thursday at the Big Ten Championships individually.

MacNeil, who broke the World Record in the 50 backstroke at last year’s Short Course World Championships, continues to tease with her potential in the 100 yard backstroke, but continues to eschew the event individually at major collegiate meets.

The 100 fly comes first in that double.

Indiana freshman Anna Peplowski will also take on a double, swimming the 200 free and 100 back. She ranks 4th in the 200 free in the Big Ten this season (though she’s seeded first in the meet) and 8th in the 100 back.

You’re right. I was doing SEC and Big Ten at the same time and must’ve been looking at SECs when I was looking for her name.

Sure seems like Schoof is in the heat sheet & Bacon is swimming the back…what am I missing?

Why isn’t Bacon swimming the 100 back?

While the SEC is kind of cool and has good swimmers, please share the B1G Ten heat sheets under the link. 🙂

These are SEC Heat Sheets