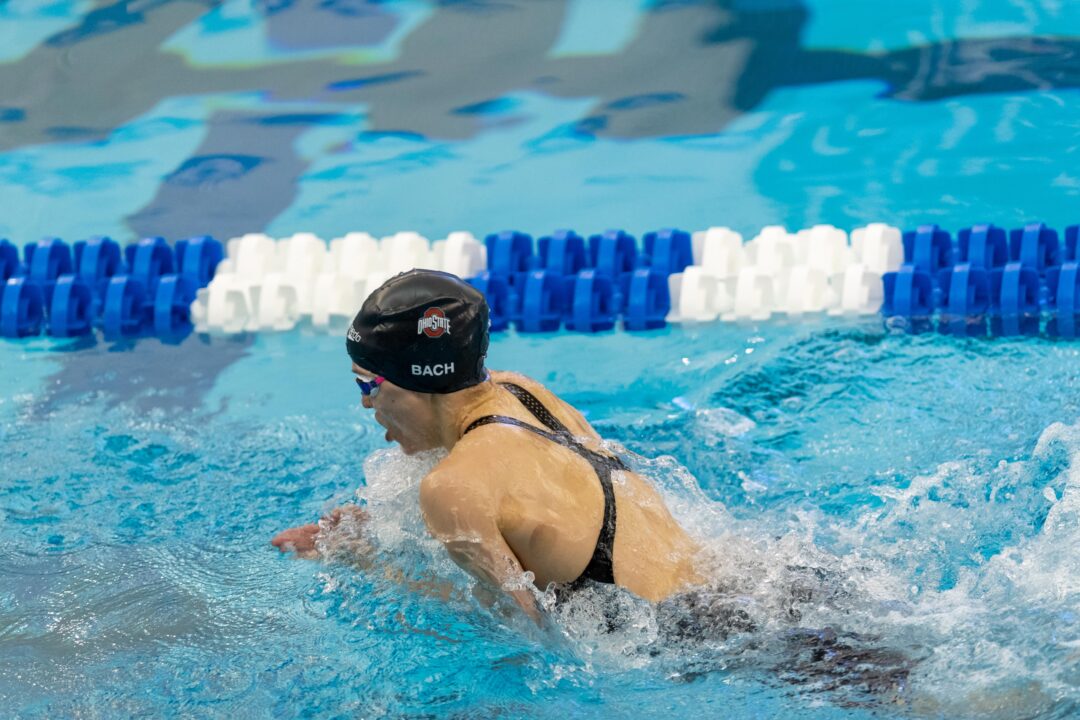 Ohio State came into the meet winning the past two championships in a row after not winning a title since 1986. The Buckeyes scored a B1G record of 1584 points last year in their win. The last two years, the Buckeyes have been known for their depth, but the scoring roster shrunk from 24 to 18 this year possibly giving the Buckeyes a hurdle.

The Buckeyes dominated day 3 as Amy Fulmer won the 200 freestyle (1:43.73) and Hannah Bach won the 100 breaststroke (57.61) in back to back events. Although the team did not win any events on day 4, the Buckeyes grew their lead and won the conference title with a total of 1303 points.

Ohio State proved its depth again though as all 18 scoring swimmers and divers (divers counted as 1/2) scored at least 26 points. In addition, Ohio State also proved its depth as one of their exhibition swimmers would have been the top seed headed into finals in the 100 backstroke. The Buckeyes were also the top exhibition swimmer in each of the individual events in Thursday’s prelims session.

Michigan, on the other hand, had two and a half scorers score less than 26 points (one diver counting as half).

Indiana and Wisconsin were in a tight battle for third place, but a huge boost of 67 points in the platform diving event helped give the Hoosiers the advantage. Minnesota’s Sarah Bacon won both the 1 and 3 meter diving events helping the Gophers continue to be in a close battle with Northwestern for a majority of the meet. Northwestern ended up fifth, and Minnesota ended up sixth.

After looking over the prelim heat sheets I can see how Michigan was favored to win this meet. But the Buckeyes really stepped up and put up countless season and personal bests. I don’t think anybody except Ohio State anticipated that kind of performance. Congrats Buckeyes on a hard earned championship!

I actually picked Ohio State on the podcast. I learned how well they race at Big Tens after we missed the last two years. Anya wasn’t around last year :-).

But, it was a very close meet, that could’ve gone either way, so I don’t think Michigan was a bad pick either.