Swimswam got to check in with Maya at the AT&T Winter Nats over the weekend, that were hosted in Maya's new home of Atlanta Current photo via Simone Castrovillari 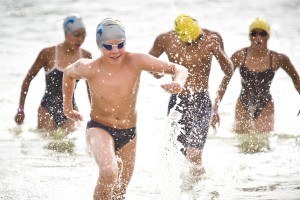 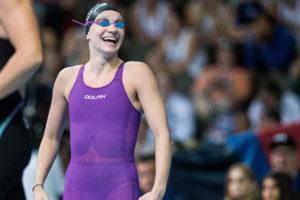 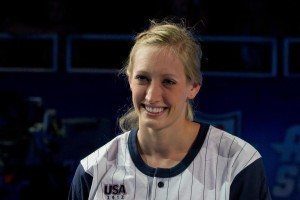 Maya DiRado has quickly become one of swimming’s most iconic names of 2016 for her performances in Rio… and now she’s not even swimming. However, that doesn’t mean she hasn’t had a busy fall after her success at the Olympics.

Swimswam got to check in with Maya at the AT&T Winter Nats over the weekend, that were hosted in Maya’s new home of Atlanta. She made an appearance at the pool (and even did a few under waters with fins between sessions), but before the meet even started she made another pit stop. Along with Olympic teammates Molly Hannis and Melanie Margalis, she stopped by the Seacrest Studios at the Children’s Hospital in Atlanta, where they shared their experiences as olympians both over the airwaves and with the patients of the hospital.

The trio of female athletes signed autographs, took pictures, and even lent their medals out for those who attended to hold and pose with. After the event was over, Maya was kind enough to give us a recap of her jet-setting fall and how life is going as a swammer. For a recap of the event at Seacrest Studios, watch the video below:

Has Maya actually started her new job yet? It seems she has been on the road so much that it would be tough to be working too!

weirdo – she deferred her start of work for the post-Olympic victory tour. https://swimswam.com/maya-dirado-temporarily-defers-post-swimming-work-plans/