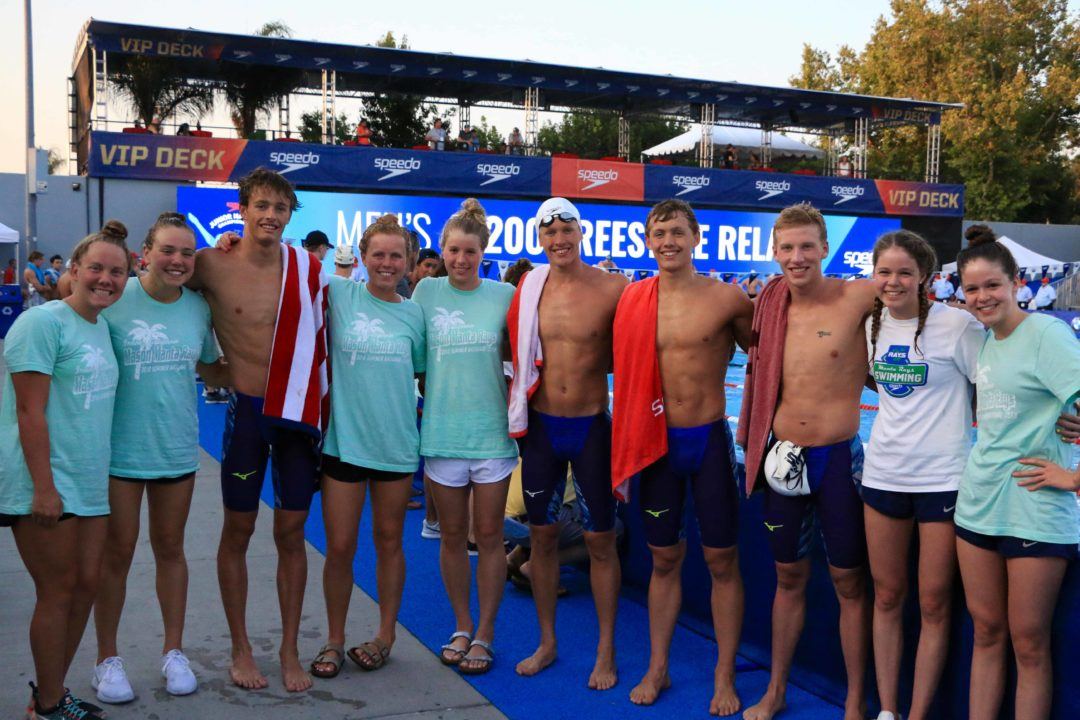 The Manta Rays won the race Saturday by over two seconds, with the Terrapins taking second in 3:45.66 (with a notable 51.44 fly leg out of 16-year-old Andrei Minakov), and SwimAtlanta taking third in 3:47.46.

If Carson doesn’t get sponsored by Mizuno I don’t know who will.

It’s all in the mizuno