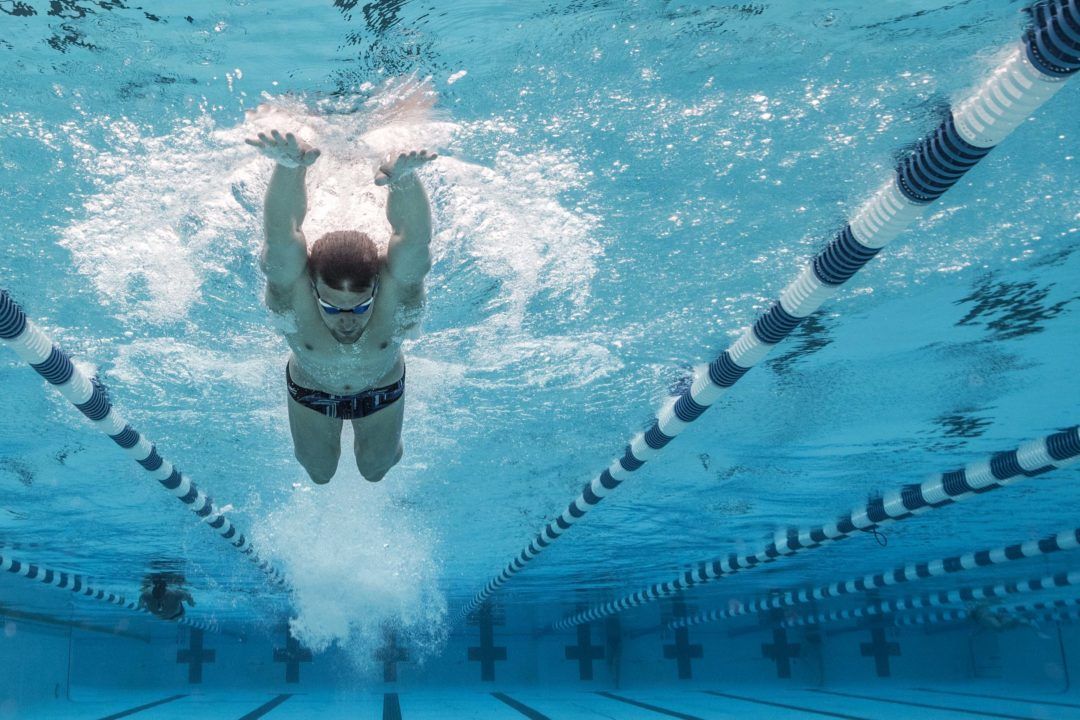 The final prelims session is in the books at 2018 NCAA Division II Championships. Queens and Drury led the morning with 8 and 4 finalists, respectively.

Queens junior Marius Kusch broke his second NCAA Division II and Championship Meet Record on Saturday. After erasing Matthew Josa’s 200 IM record on Day 1, Kusch bookended the meet with another takedown, this time in the 100 free, his last individual event.

There was no question that Kusch was gunning for the record. He crushed the first 50, flipping more than a half body length ahead of Mattia Schirru of Delta State and Victor Rocha Furtado of Florida Tech, in 20.27. Coming home 22.15, he notched a time of 42.42, taking a 0.19 slice out of the previous Division II mark of 42.61, set by Andrey Seryy of Wayne State at 2012 NCAA Division II Championships. Kusch also broke the Queens school record of 42.75, set by Josa leading off the 400 free relay at 2014 NCAAs.

Kusch gained most of his advantage on the back half, as can be seen in the comparative splits:

5’3″ are you serious? That’s increadible

That is the beauty of D2.

Me too! Thomas Kuzvard By chance?

Maybe some of these athletes put their lives on hold to serve their country, this “joke” gives them the opportunity to compete again and keep a structured life.

While your last point is correct and cannot be argued, there’s a line between “military/religious” reasoning and just “I want to take some time away from school and get better at my sport” reasoning. The former is why D2 has those rules, however, the spirit of those rules are being abused/violated in quite a few cases. It’s no secret that males physically mature beyond the “normal” college ages (18-22), and it seems this is being used as a way to help some gain what’s essentially an inherent advantage, all in the name of “opportunity” (when they could/should have had that opportunity at the same time as “normal” collegiate swimmers).