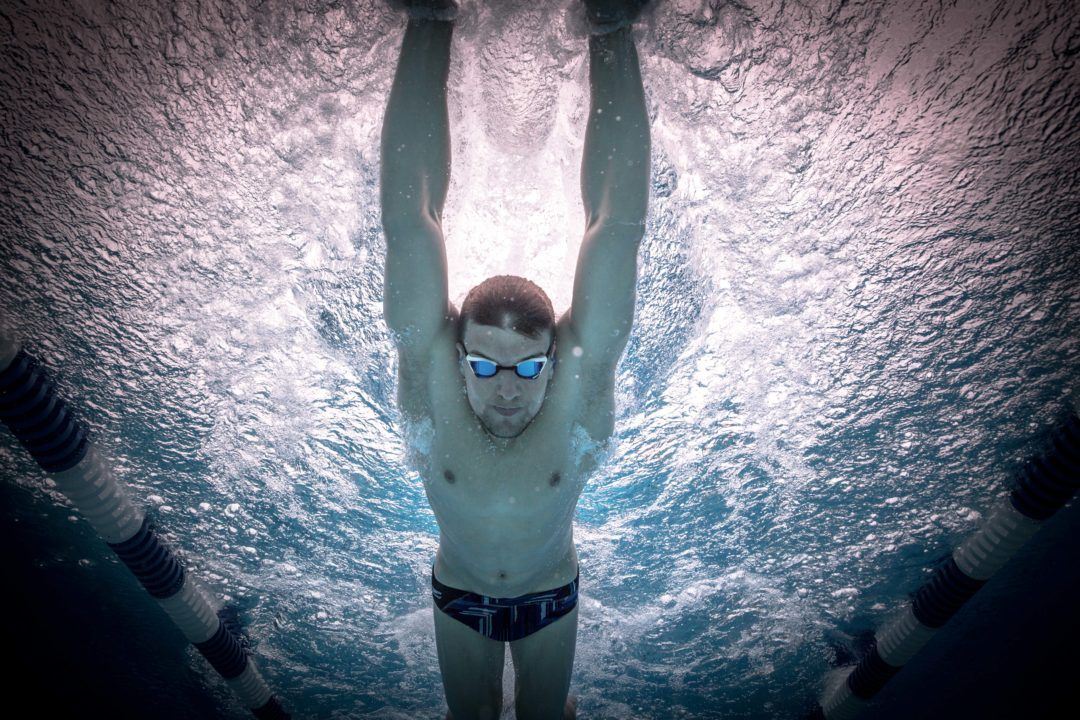 Queens junior Marius Kusch began the meet by taking a .33 chunk out of the NCAA Division II and Championship Record in the 200 IM, going 1:41.61 in finals on Day 1. Archive photo via Mike Lewis/Ola Vista Photography

No one should have been surprised, given the way he attacked his race in prelims this morning, but Queens junior Marius Kusch began the meet by taking a .33 chunk out of the NCAA Division II and Championship Record in the 200 IM, going 1:41.61 in finals. The old mark of 1:41.94 had stood since March 2015, when Matthew Josa, swimming for Queens, established it at the 2015 NCAA Division II Championships. Kusch also erased Pavel Sankovich of Florida State’s pool record from 2014.

Kusch was under record pace from the outset, since his fly was more than a second faster than Josa’s and .93 faster than Sankovich’s. Kusch was slower on all three of the other legs, but he had enough cushion with the fly to break the records. Kusch’s swim would have earned him a berth in the A final of the 200 IM at last year’s NCAA Division I Championships.

Wow he took out the fly .03 slower than Dressel… some serious speed there!

24yr old junior, must be nice
at any age thats fast