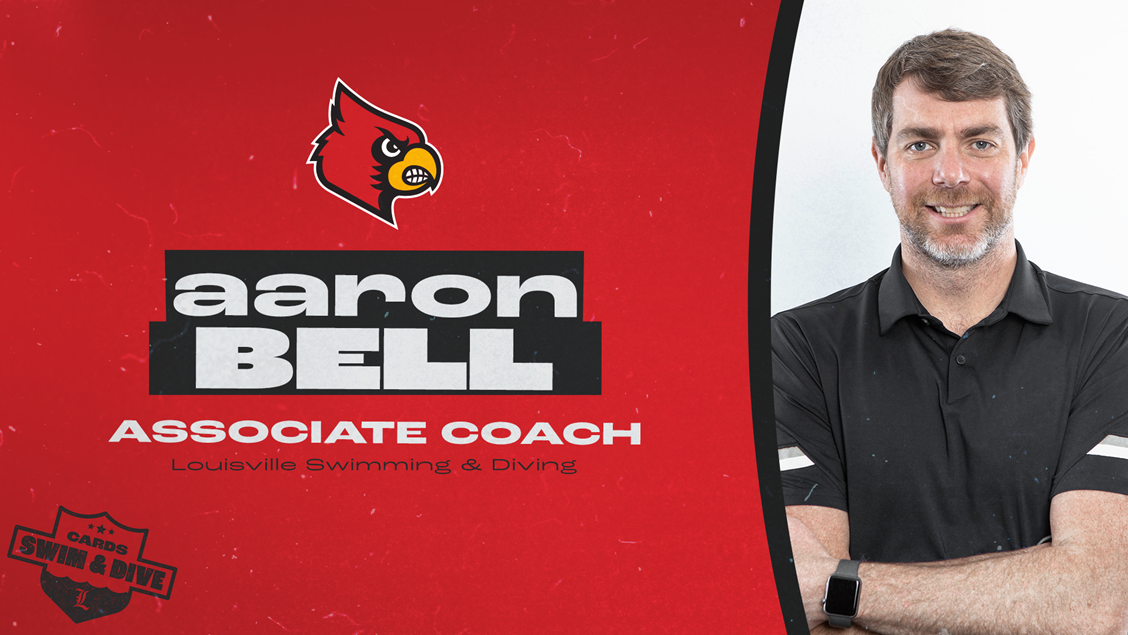 The University of Louisville has hired Aaron Bell as a new associate head coach of swimming & diving. Along with the hiring of Bryon Tansel for a similar role earlier this year, the Cardinals appear to have completed their coaching staff for the 2022-2023 season.

Bell most recently served as an associate head coach with the swimming & diving program at Notre Dame. Bell coached at Notre Dame, another ACC program, for five full seasons. In October of 2021, Bell resigned from that position shortly after Mike Litzinger resigned as the program’s head coach mid-season.

Neither coach, nor the university, gave an official explanation for those resignations.

“I have known Aaron for some time and I have always admired his recruiting efforts and his coaching,” said Louisville head coach Arthur Albiero. “His proven track record as premier distance coach is well-documented in his long coaching career. I am thrilled to welcome Aaron and his family to our program.”

Bell served as the men’s recruiting coordinator at Notre Dame, where the program’s class rankings began as honorable mention in 2016, a class he didn’t recruit, and eventually rose to 11th in 2020.

His work with the Irish men helped contributed to a 29-12 dual-meet record over his tenure, also helping the women to a 40-6 dual-meet record. Thirty-four Notre Dame swimmers have earned outright All-American status during Bell‘s tenure, with multiple others receiving honorable mention recognition.

Bell is credited as the lead coach at Notre Dame of two of the best distance swimmers in college swimming: All-American Zach Yeadon, a two-time ACC Champion who represented the US at the World University Games before transferring to Cal; and the 2021 ACC Championships Swimmer of the Meet Jack Hoagland, who won the 500 free, 400 IM, and 1650 free at the 2021 meet.

Prior to his stint with the Irish, Bell served as the head assistant coach and recruiting coordinator for Virginia Tech from 2011-14 and the associate head coach and recruiting coordinator from 2014-16. The Hokies experienced success during Bell‘s five years with the program, as the men’s squad finished in the top four at the ACC Championships all five times, including bringing home an ACC team title in 2014 and a pair of runner-up finishes in 2012 and 2013. Meanwhile, the women’s team placed in the top five each year and posted a runner-up showing in 2013.

Bell had a standout career at Clarion University in Clarion, Pennsylvania, earning 20 All-America scrolls at the Division II institution. He was a senior national qualifier in 2003 and 2004 and left school as the program record holder in the 100- and 200-yard backstroke.

Bell graduated from Clarion with a Bachelor of Science in liberal studies in May 2004. He then completed the prestigious coaching education program through Ohio’s School of Recreation & Sport Sciences department in June 2007.

Bell and his wife, Courtney have two sons, Brody and Landon and a daughter, Lucy.

The Cardinals return two assistants from last year’s staff: associate head coach Stephanie Juncker and assistant coach Nick Zorn. Juncker was hired as an assistant at Louisville in 2014 and was elevated to associate head coach before last season. Last year was Zorn’s first season on staff after spending the prior three seasons with another ACC program, Florida State.

This is a great hire! Look at the upward trajectory of each program Coach Bell has been associated with, both in performance and recruiting. His reputation among coaches and elite athletes is one of the best. You will see Louisville continue to trend upward with Coach Bell on staff!

Excited for Aaron, Courtney, the fam, Arthur and the possibilities at Louisville. A gentle soul and lousy poker player.

Oh yeah? Can you elaborate?

One would think reference checks would become a bigger thing—Louisville either doesn’t care or gets what they deserve. Then again, Albiero wanted to hire Kipp so I guess that says a lot right there…

There doesn’t seem to be much out there in terms of what happened to him leaving ND. Care to elaborate? Or are you just another coach who got snubbed and the easy out is to troll comments

True. Clearly no due diligence. Albiero needs to keep his thumb on him (and his text messages) otherwise Louisville risks a gender discrimination charge. Tansel is a class hire though-insisting on making less than Stephanie.

So Louisville and ND are just swapping staff at this point 🤣👌