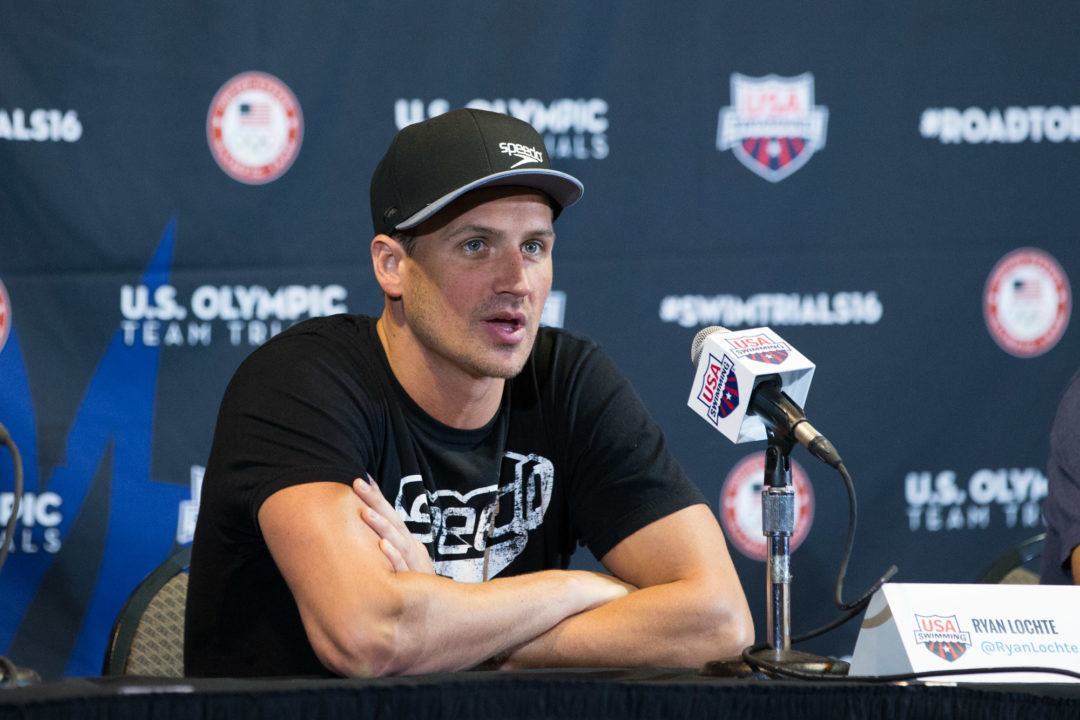 Local police have been investigating an armed robbery of four Team USA Olympic swimmers that took place in Rio on Sunday morning. However, according to the Rio police, no police report was filed by Ryan Lochte, Gunnar Bentz, Jack Conger, or Jimmy Feigen after the incident took place. Archive photo via Tim Binning/TheSwimPictures.com

Local police have been investigating an armed robbery of four Team USA Olympic swimmers that took place in Rio on Sunday morning. However, according to the Rio police, no police report was filed by Ryan Lochte, Gunnar Bentz, Jack Conger, Jimmy Feigen, or any Olympic officials after the incident took place.

The Rio police launched an investigation immediately after learning of the robbery, but didn’t find out about it until news of the crime had circulated through the media. According to a police official, it was expected that the victims would immediately notfiy the Rio police, especially given their high-profile status.

“According to four members of the U.S. Olympic Swimming Team (Gunnar Bentz, Jack Conger, Jimmy Feigen and Ryan Lochte), they left France House early Sunday morning in a taxi headed for the Olympic Village. Their taxi was stopped by individuals posing as armed police officers who demanded the athletes’ money and other personal belongings. All four athletes are safe and cooperating with authorities.”

When the story first broke, the IOC denied that the robbery had taken place at all, stating they had spoken with both Lochte and the USOC to determine that reports of the incident were “absolutely not true.” Lochte’s coach, Dave Marsh, who came to Rio as the Head Coach for the USA women’s team, also initially denied that the incident took place.

Despite the denials by the USOC and IOC, Lochte confirmed to NBC reporter Billy Bush on Sunday morning that the robbery did, in fact, take place.

Or they made up all our part of the story

Vote Up2-1Vote Down Reply
Swimmer A

It seems like it would make sense why they wouldn’t report it. The people who robbed them posed as police. I would probably not want to take a chance on talking to another police officer after that.

Smart move- the police in Rio have been proven to be extremely corrupt. Reporting it could have just been the beginning of their troubles.