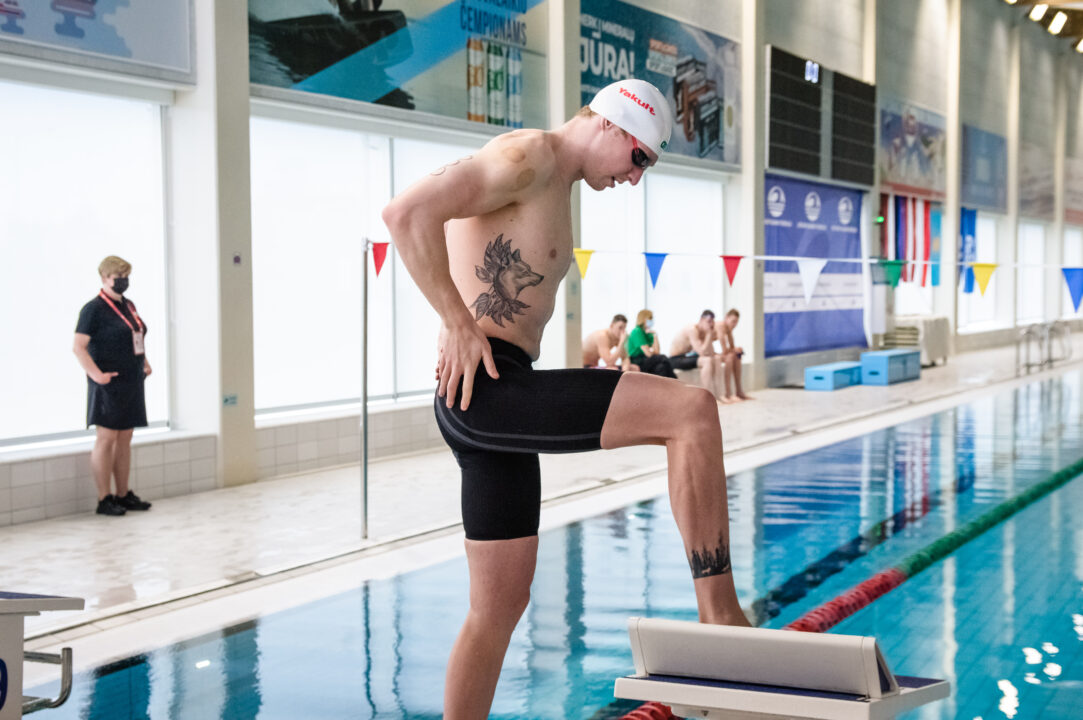 Day 2 of the 2021 Lithuanian Swimming Championships wrapped up from Klaipeda, with the men’s and women’s 100m free and 50m breast among the events.

The men’s 100m free saw visiting Polish swimmer Kacper Majchrzak take the gold, clocking a time of 49.20. That held a .27 advantage over Przemyslaw Gawrysiak while Bartosz Piszczorowicz also got under 50 seconds for Poland in 49.54.

Kotryna Teterevkova got it done in the women’s 50m breast in the only mark under 32 seconds. The 19-year-old clocked 31.62 for the victory, while Giedrius Titenis took the men’s title over Andrius Sidlauskas in 27.88 to Sidlauskas’ 28.02.

Poland wound up topping the men’s 800m free and 100m free as well. Wojdak Wojciech won the men’s race by more than 8 seconds in 8:03.44 while Dominika Kossakowska took the women’s sprint in 55.90 as the only sub-56-second swimmer.

As a reminder, only 3 Lithuanian swimmers have scored FINA ‘A’ cuts thus far with the June 27th qualification end date looming. Rapsys owns an ‘A’ cut in the 200m free, 400m free and 200m IM, while Sidlauskas made the grade in both breaststroke distances and Titenis has his cut in the 100m breast.