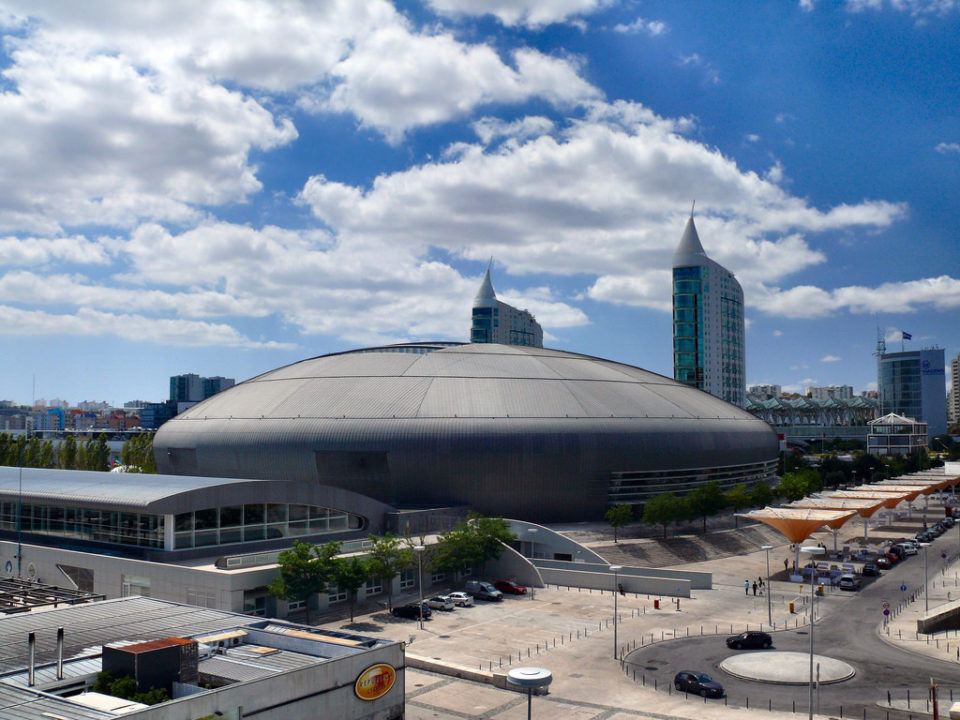 The Altice Arena is one of the largest indoor arenas in Europe, and is the largest venue to host a swimming event in recent memory. Archive photo via dynamosquito

On the advent of the 2018 European Aquatics Championships, which features swimming in a long course pool, LEN, the governing body for aquatic sports in Europe, has awarded hosting duties to the 2021 standalone Short Course European Swimming Championships to Lisbon, Portugal. The LEN Bureau voted unanimously in favor of the Portuguese capital, which will be hosting for a 2nd time after 1999.

The event will be held in the Altice Arena, which was built in the 1990s with a seating capacity of 20,000. Its original purpose was to host Expo ’98, an official World’s Fair event, in 1998. At the time, the country’s biggest halls could hold only about 4,000 people, which limited the ability to host both major concerts and sporting events.

The 1999 edition of the championships were held in the Complexo Desportivo do Jamor, which is far too small to hold modern European Championship events.

The arena is the 4th-largest in Europe, and is the largest to host a swimming event in recent memory*. The last edition of the European Short Course Championships, in 2017, was held at the new Royal Arena in Copenhagen, Denmark, which holds 12,500 spectators. Finals sessions for that meet drew between 5,000 and 6,500 spectators according to LEN, though December in Lisbon is usually about 20 degrees warmer than December in Copenhagen.

*Editor’s Note: we know it’s not the largest ever, because swimming events at the 1908 London Olympics were held in a pool inside of the track oval, which had a capacity of 68,000 spectators.

“We are very happy and proud that big-time swimming returns to Portugal” LEN President Paolo Barelli said. “Lisbon is a great city and the proposed venue guarantee that we shall witness another outstanding short-course event in December 2021. As for Kiev, in 2017 the Ukrainian hosts delivered a fantastic event, we are very much looking forward to be part of the second edition there.”

Portugal has won 4 medals in total at the European Short Course Swimming Championships: 1 silver and 3 bronzes. That ranks them 33rd on the all-time medals table.

Glasgow, hosts for most of this week’s European Aquatics Championships, will also host the 2019 Short Course Swimming Championships. Unlike the 2017 and 2021 championships that sandwich it, Glasgow will host in a full-time aquatic center, the Tollcross International Swimming Centre, which has permanent seating for 2,000 fans but can be e xpanded to 5,000 seats for major events. The venue also hosted the swimming portion of the 2014 Commonwealth Games after a major renovation.

Other Votes Held at the meeting:

Interesting that 20,000 seats makes it one of the largest in Europe. There are at least four on-campus college venues that I can think of that have more seats in an indoor basketball arena layout: Carrier Dome, Rupp Arena, Yum! Center, Dean Dome. There are probably several dozen more, and, when pro arenas and city-owned arenas are taken into account, that number rises significantly. Obviously, the Europeans don’t place as much of an emphasis on indoor arenas for indoor sport. With all this in mind, why don’t we re-visit the idea of hosting another world Short Course championships? It is a stand-alone event, meaning it’s swimming only. I know that USA Swimming places nearly zero emphasis on SCM competition, but,… Read more »

World Short Course championships run into the same conflicts as hosting the Olympic Trials in an NBA/NHL arena, except that almost every indoor arena in the United States is in use in December. Someone would have to agree to be away from home for a month. That would drive the bill of renting such a facility up SIGNIFICANTLY. College basketball, college hockey, NBA, NHL, minor league hockey, G League basketball…if it’s hard to find a suitable venue to host the Olympic Trials in late June, it’d be impossible in December. It’s pretty clear that 20,000 is too big for an event like this. Can’t find any final numbers, but organizers of 2016 World SC were ‘hoping for’ 35,000 spectators. Spread… Read more »

You can’t really say that the Knicks are playing in MSG at all, at any time of year…