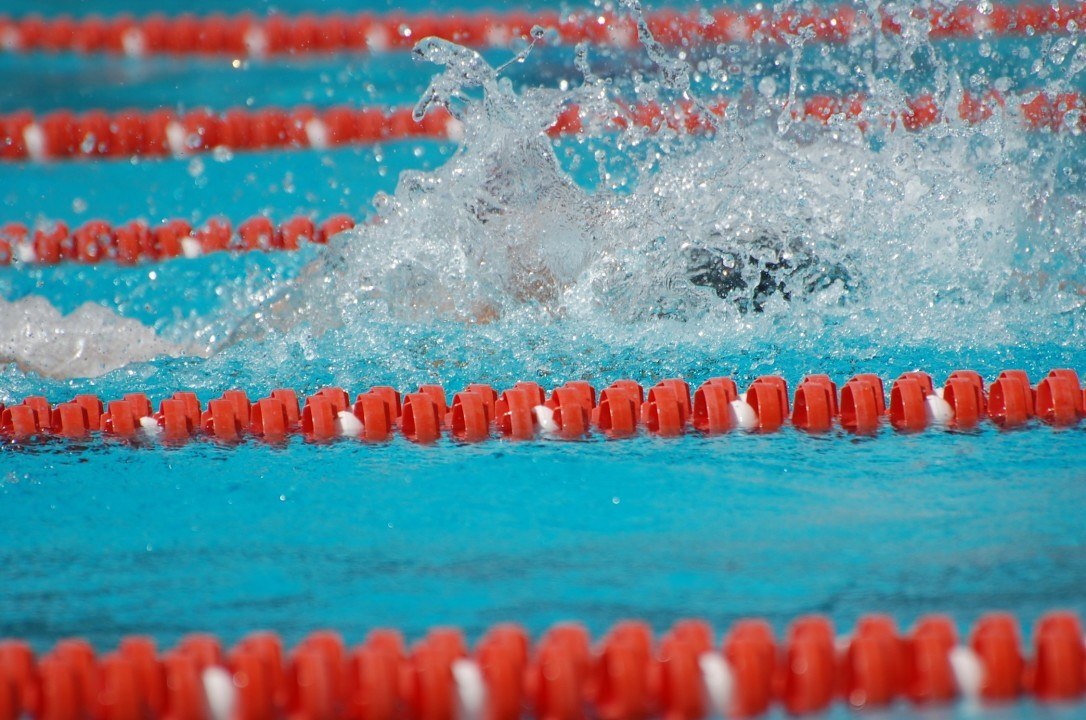 Liberty’s Alicia Finnigan, Prudence Rooker, and Kristin VanDeventer each picked up double wins to help Liberty earn their first victory of the 2015-16. Their opponents, the Campbell women, had a strong showing from their 200 freestylers, with Michelle Case and Sindija Silina finishing 1st and 2nd. Liberty won the meet with a final score of 171 to 120.

The Lady Flames (1-0) have won each of their last six meetings with the Camels (0-1). This marks the second season in a row which Liberty has begun with a win at Campbell. These two teams will meet again on Jan. 15, when Campbell visits the LaHaye Aquatic Center.

For the meet, Liberty won two relays and 10 individual events, including six events in which the Lady Flames took both first and second. Campbell came away with three relay wins and two individual-event victories.

The Lady Flames opened meet with a 1-2 showing in the 200 medley relay. Liberty’s quartet of Hough, Ricki Lee Hodges, Natalie Beale and Rooker clocked a winning time of 1:48.52.

Rooker posted her first of two wins on the day, touching the wall first in 1:06.87 for the 100 breaststroke. Anna Dickinson earned second in 1:07.91. Rooker then led another 1-2 Liberty finish in the 100 free, winning in 53.23 while teammate Rachel Hoeve placed second with a 54.34 clocking.

With Liberty’s victory secure, the Lady Flames swam the last two events as exhibitions. Liberty posted the top two times in the 200 individual medley, with Rooker swimming 2:09.11 and Finnigan clocking 2:10.81.

Liberty will head to Atlanta, Ga., for a tri-meet against Georgia Tech Yellow Jackets and the Penn State Nittany Lions, next Friday at 4 p.m. The meet will be held at the Georgia Tech Aquatic Center, the facility that will serve as host for the 2016 NCAA Swimming & Diving Championships.

BUIES CREEK, N.C. – Liberty claimed 12 of 16 events to top Campbell 171-120 Saturday at the Johnson Aquatic Center in the season opener for both teams.