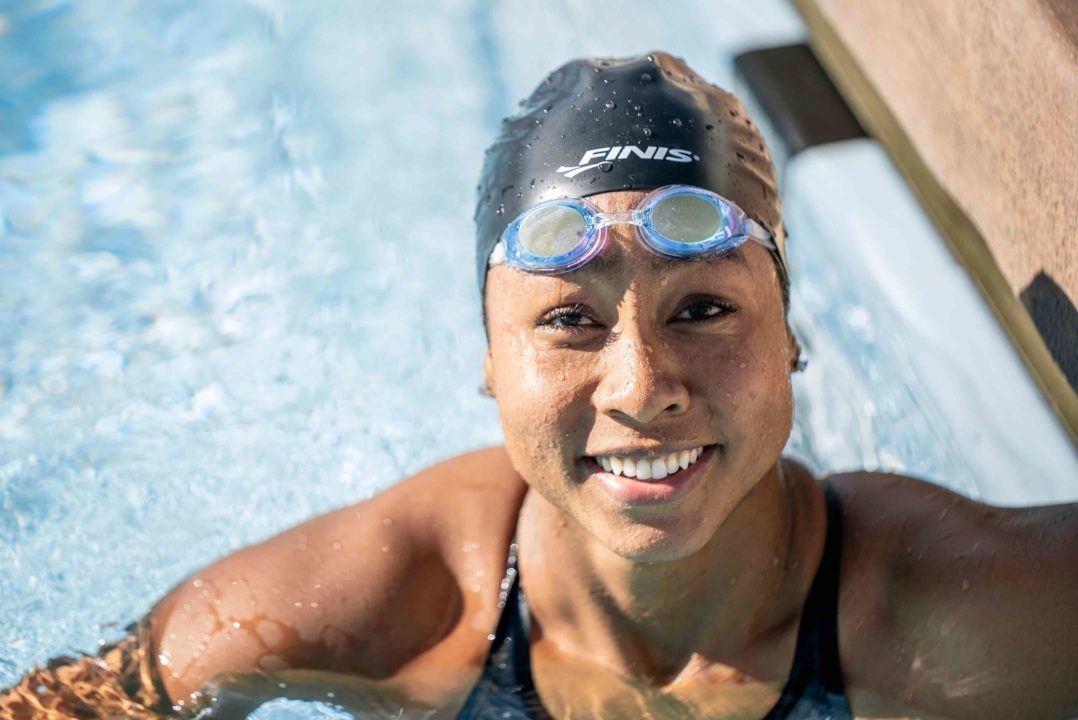 The initiative aims to provide a platform to raise awareness for the Black Lives Matter movement while combatting systemic racism in the US. Archive photo via FINIS

United States Olympians Lia Neal, Cullen Jones and Anthony Ervin participated in a webinar as part of the “Swimmers For Change’ initiative cofounded by Lia Neal and Jacob Pebley that aims to provide a platform for the swimming community to raise awareness for the Black Lives Matter movement while working towards combatting systemic racism in the US.

“It has really warmed my heart seeing all of these athletes eager to jump on the opportunity to give back and support the black and minority communities,” said Neal, a two-time Olympian and the co-founder of Swimmers For Change.

“When approached, many of the athletes expressed a similar feeling of wanting to be able to help but not necessarily knowing how to help in the most impactful way. It has been really special for us, as swimmers, to take the lead and hopefully have this be the catalyst to an overhaul of systemic changes in society as a whole, but also within swimming.”

Neal, an Olympian in both 2012 and 2016, has two Olympic medals to her name, winning bronze on the women’s 4×100 freestyle relay in London before picking up a silver in the same event four years later in Rio.

Jones, a staple on the American men’s freestyle sprint scenes for close to a decade, owns four Olympic medals. The now 36-year-old won gold on the men’s 4×100 free relay at the 2008 Games in Beijing, and added another four years later in London on the 4×100 medley relay. He added two silvers in London in the 50 free and 4×100 free relay.