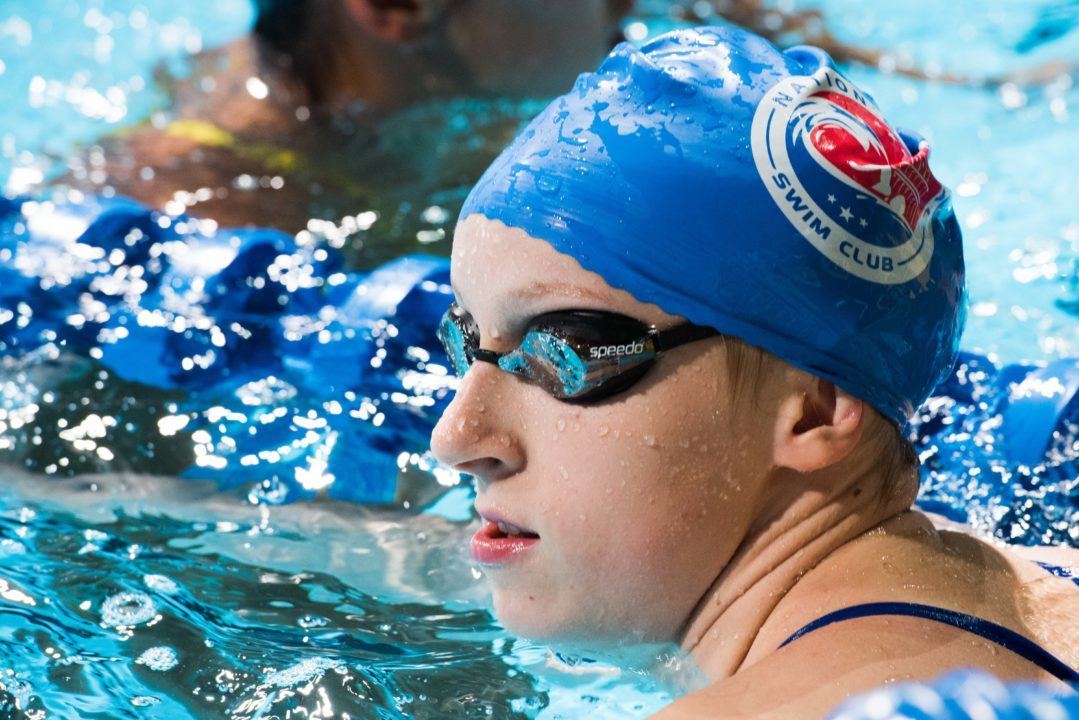 Katie Ledecky has scratched the 400 IM for tomorrow morning at Olympic Trials. She was the fifth seed, and fourth seed Becca Mann is also out. You can find full heat sheets for Saturday morning prelims here. Current photo via Mike Lewis/Ola Vista Photography

The heat sheets are out for the first session of the U.S. Olympic Team Trials in Omaha, Nebraska, and Katie Ledecky has scratched out of the prelims of the women’s 400 IM. She was the fifth seed in the event.

As recently as yesterday, Ledecky said that she and her coach Bruce Gemmell were still deciding whether she would compete in the event.

Becca Mann, the fourth seed, made a similar decision to drop the event to focus on her distance freestyle schedule.

Ledecky’s schedule now includes all of the freestyle events, including an atypical 50 free with prelims on Saturday and finals on Sunday. Her first swim, the 400 free, will come on Monday morning.

Is it me or are some of the entries missing on the psych sheet? Like for the men’s 400 IM it says there are 10 heats but there are only 5 listed.

Oh it is split! Never mind 🙂