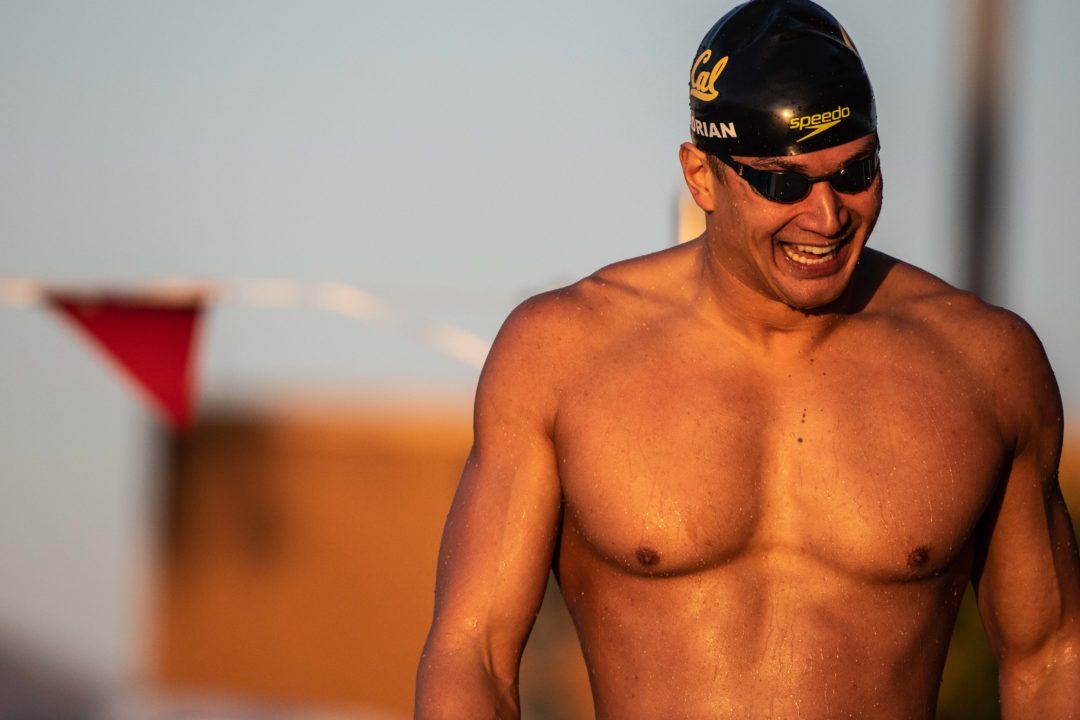 Olympians and top college stars are listed on the psych sheet for next week's Indianapolis stop of the 2018 TYR Pro Swim Series. Current photo via Mike Lewis/Ola Vista Photography 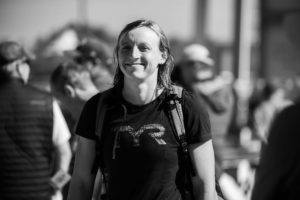 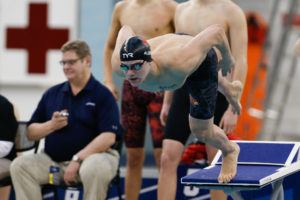 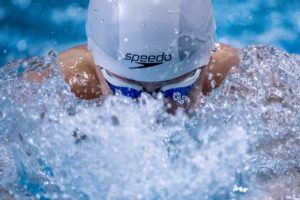 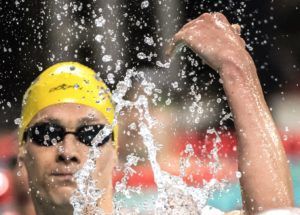 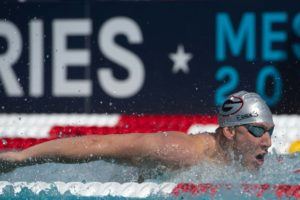 The Indianapolis stop of the 2018 TYR Pro Swim Series will feature a bevy of international gold medalists, according to the meet psych sheet.  The schedule at this stop returns to the traditional event lineup, with no 50 stroke shootouts or mystery 200 IM.

Katie Ledecky is scheduled to swim the 100-1500 freestyle events, along with the 200 IM and 400 IM, in what will be her first meet since announcing in March that she was going professional.

Several other veteran swimmers with individual Olympic gold medals on their resume are scheduled to be in Indianapolis as well.  Nathan Adrian, 2012 Olympic champion in the 100 free, will be looking to continue his PSS unbeaten streak in that event, and will also swim the 50 free.  Matt Grevers is also listed in the 50 and 100 freestyles, along with the 200 back and the 100 back, the event in which he won gold in 2012.

Ledecky’s Stanford teammate and 2016 Rio champ in the 100 free, Simone Manuel, is listed on the psych sheet in six events.  In addition to her normal 50/100/200 free, it’s not too surprising to see Manuel slated to swim the 100 back and 100 fly. It is a little more surprising to see her listed in the 200 IM, where she is seeded with a yards time.  According to the USA Swimming database, Manuel hasn’t competed in the LCM version of that event since late 2015, and her lifetime best is a 2:16.42 from May of 2015.

California Aquatics is bringing plenty of men other than Adrian, including Tom Shields and Jacob Pebley.  Notably, Ryan Murphy is not listed.

Lilly King, Blake Pieroni, Zane Grothe will be among the swimmers from Indiana’s training group.  Zach Apple, who is transferring from Auburn to Indiana, will be also be swimming, but is listed as “unattached.”

The Georgia Bulldogs will also be traveling to Indy, despite the Atlanta Classic occurring at the same time much closer to home.  The Bulldogs will be led by Chase Kalisz, who is slated to swim five events, including his bread-and-butter 200 and 400 IMs.

Louisville, NC State, Michigan are also among the teams who are scheduled to bring strong continents.

On the international side, Canada will be well-represented, with Taylor Ruck among the swimmers from up north who will be making an appearance in Indy.

Dang, I wish everyone was attending just one meet instead of split between this and Atlanta.

And that the Texas guys were at least swimming in one of them.

It’s graduation for some of the Texas Pro swimmers. Conger, Cox, Licon, and Smith. Some are swimming in a local meet in Austin.

I hope Simone swims all the events. Her backstroke isn’t bad at all. She could put up a nasty IM I’m sure.