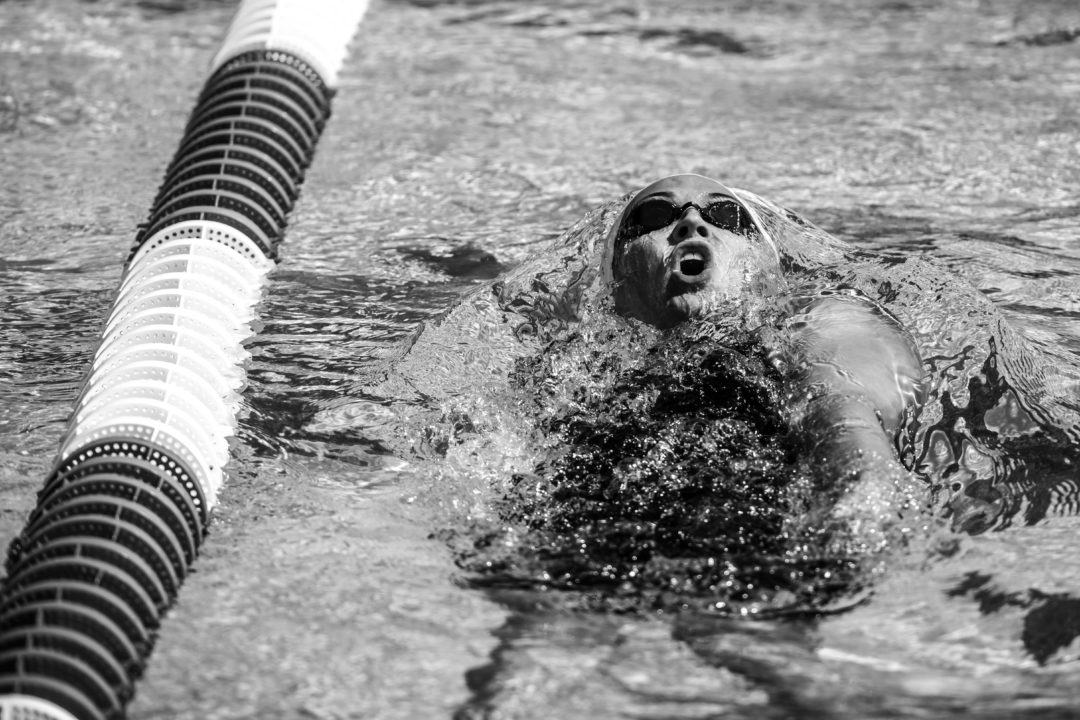 Kylie Masse went sub-2:06 in the 200 back for the third time in her career, lowering the Canadian Record in 2:05.94. Archive photo via Mike Lewis/Ola Vista Photography

Kylie Masse pulled away from Taylor Ruck on the final 50 to win the women’s 200 back at the Canadian Trials in Toronto, breaking her National Record in a time of 2:05.94.

Ruck pushed Masse the entire race, leading by three-tenths at the halfway mark. She couldn’t quite match Masse’s quick final 50 of 31.64, but still closed well to finish just over three-tenths off her best time in 2:06.70. The two of them now rank 1st and 2nd in the world for the year.

A look at the split comparison between her three 2:05.9 performances:

This was clearly the most conservative she has gone going out, but her last 50 was her fastest by almost a second.

Nearly even split race. Nice to see she could pull it off. Could bode well for WC’s.

It would be Olympic gold medal in Rio, but not even close to it in London. Don’t know what scale to use measuring this result.