Kromo, Toussaint Ready For Morning Finals At The Hague 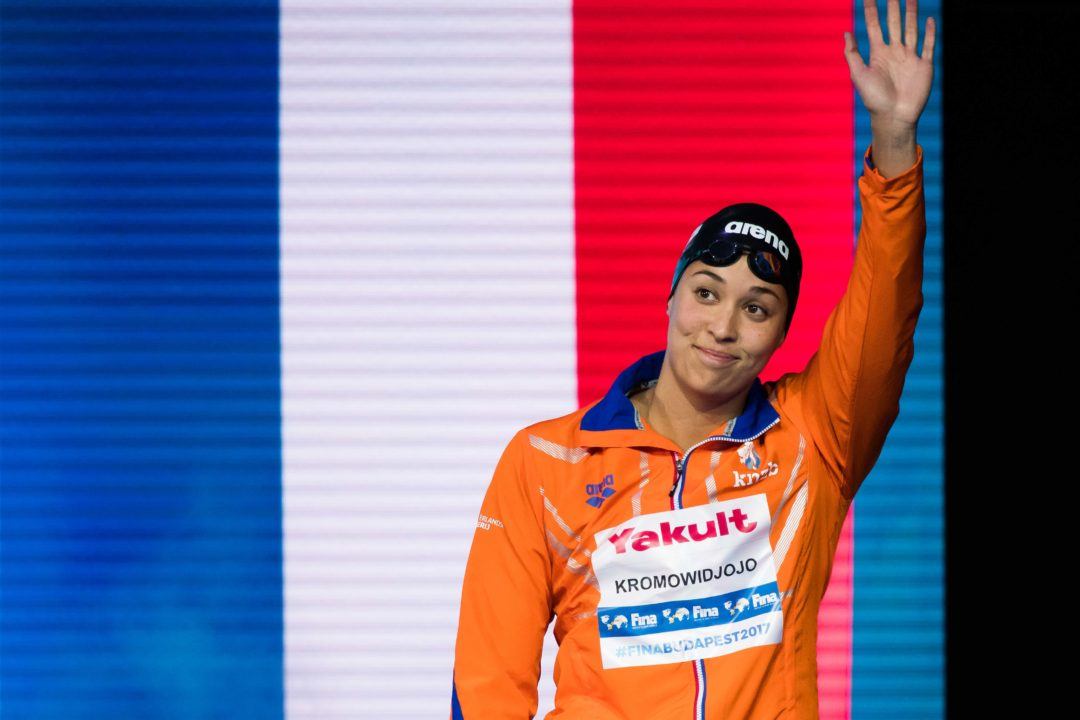 Dutch racers are preparing for Tokyo 2020 with night finals this weekend in The Hague. Archive photo via Mike Lewis/Ola Vista Photography

The 2019 Swim Cup – The Hague kicks off today, with Dutch athletes on both ends of the age spectrum competing for their chance to represent the nation at this summer’s biggest intentional meets. Qualification is on the line for the World Championships, World Junior Championships and European Junior Championships.

Of note, the Swim Cup Eindhoven is next week, which also serves as qualification, so we may see several swimmers opting for that as a last-chance.

Key swimmers such as Ranomi Kromowidjojo, Maaike De Waard, Kim Busch, Kira Toussaint, Arno Kamminga and Kyle Stolk are among the aces ready to rock some QT’s and represent Netherlands in Gwangju this summer.

What’s unique about this year’s Swim Cup is the fact that this meet will be having the finals in the morning, giving competitors the opportunity to practice finals at an elite level in the build-up to Tokyo where finals will also be in the morning.

This timing was revealed back in February, Marcel Wouda, head coach of the Dutch swimmers, says ‘’Since my swimmers and staff-members are always trying to make a difference with the small aspects of racing, I think it’s a very good decision to practice with swimming morning finals in The Hague. From the moment we knew that the finals in Tokyo could be held in the morning, we want to let our swimmers get used to also be at their best in the morning hours.’’

Below is the competition schedule.

Should the headline read “morning finals”?

The article states that finals will be in the morning, just like in Tokyo