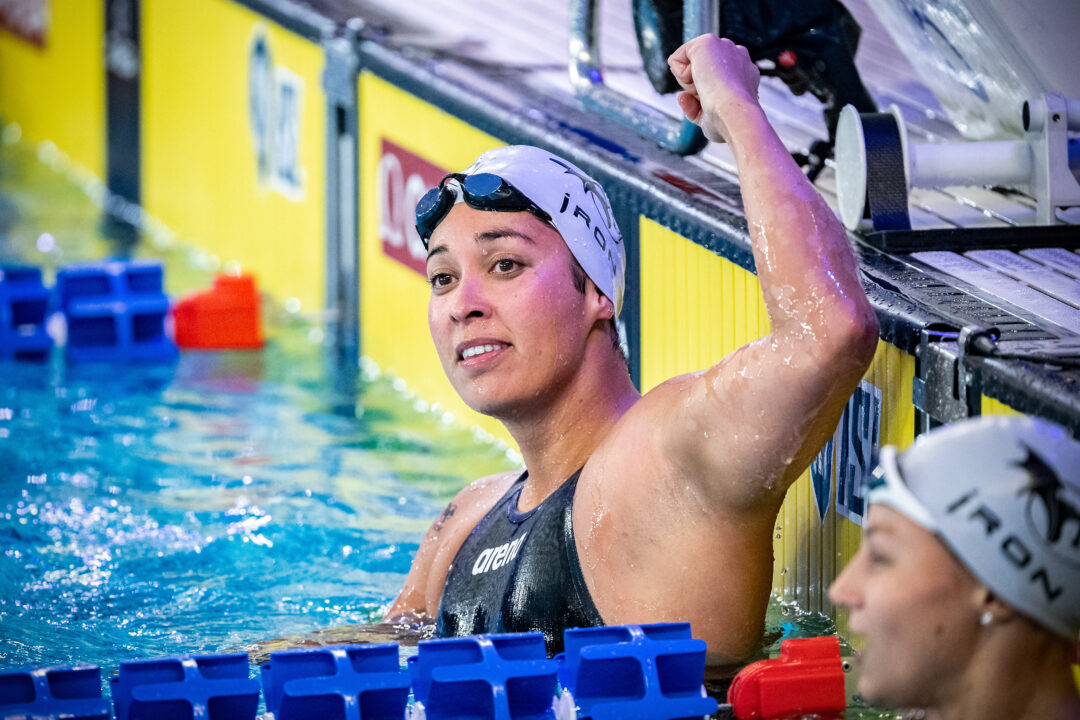 Neither Heemskerk, who is set to retire later this season, nor Kromowidjojo will race in Kazan at the upcoming short course European Championships. Archive photo via Giorgio Scala / Deepbluemedia / Insidefoto

The Royal Dutch Swimming Federation has released its 20-person roster for the upcoming European Short Course Swimming Championships which will be held in Kazan, Russia from November 2 – 7.

While the nation will send some of its top swimmers to the meet, two of the Netherlands’ most successful swimmers in recent history are absent from the roster. Ranomi Kromowidjojo and Femke Heemskerk, who between them have won 40 short course Euros medals, will not be racing in Kazan.

Of those two, Heemskerk is the less surprising omission considering that she recently announced her upcoming retirement. The 4-time Olympic sprinter and current Energy Standard team member will retire from the sport after her final ISL match of the season.

Kromowidjojo on the other hand is a more surprising swimmer to opt-out of the competition as she has not shared any similar plans to Heemskerk. The most likely reason that she won’t swim at Euros is that her International Swimming League team, team Iron, is set to begin competing in playoffs on November 11, just 4 days after Euros ends.

Considering that Iron is the lowest-ranked team advancing into the playoffs, Kromowidjojo could be saving up to maximizing her point-scoring ability during ISL playoffs.

At the most recent European Short Course Championships, the Netherlands finished 3rd on the medals table with 5 gold, 4 silver, and 1 bronze.

Check out the full Dutch roster for the 2021 European Championships below.

Watch out for young Tim Hoogerwerf making his first National Team for the Dutch. Congrats, Tim!