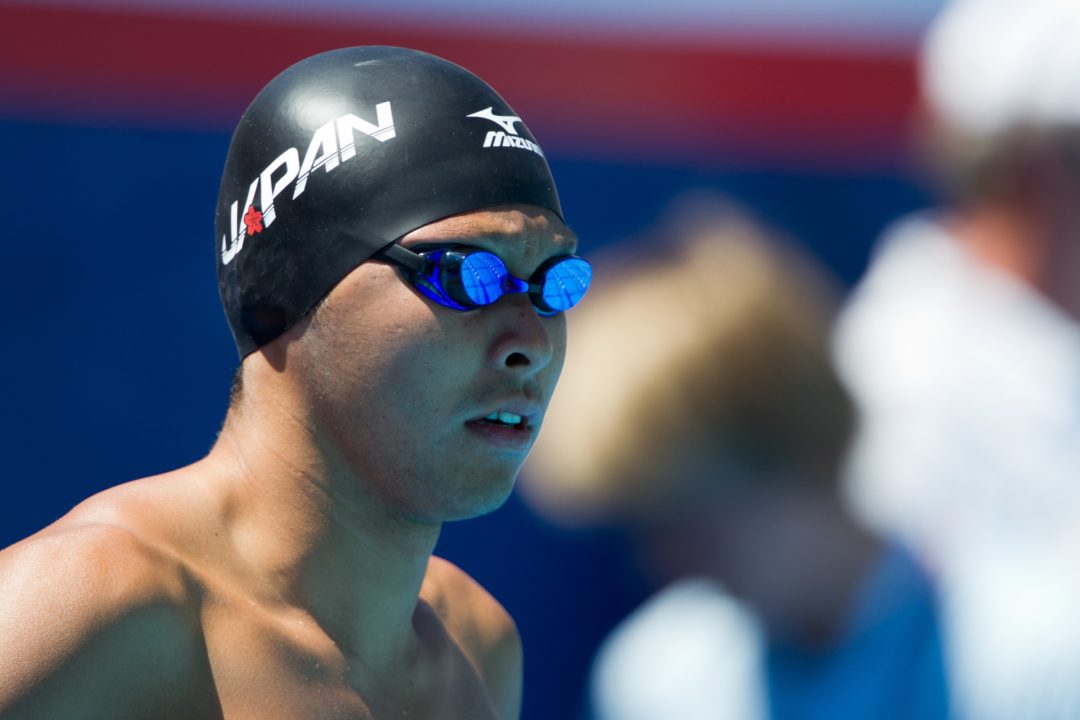 According to an interview done on Japanese TV, Kosuke Kitajima, one of the most famed breaststrokers this sport has ever seen, will retire following the 2016 Olympic Games. Archive photo via StockImages

According to an interview done on the Japanese Television news program: Asahi, Kosuke Kitajima, one of the most famed breaststrokers this sport has ever seen, will retire following the 2016 Olympic Games.

Kitajima is currently 32 and will be 33-years-old by the time the Olympic Games roll around.

Most recently Kitajima qualified to swim at the 2015 World Championships for team Japan, but will have no individual events as he’s going as a relay-only swimmer.

It seems as though as fame and fortune is winding down as the rest of the Japanese swimmers are beginning catch up to him. Since 2002 Kitajima has been one of the most feared names in breaststroke.

Kitajima went on to sweep the breaststroke events at the 2003 World Championships in Barcelona where he set a new world record in the 200m breaststroke after Dimitri Komornikov broke his record from 2002 just a month earlier.

Going into the 2004 Olympic Games, it appeared to be between him and American rival Brendan Hansen.

At the 2004 Olympic Games Kitajima struck gold and swept the breaststrokes, taking down Hansen in the process. This generated quite a buzz as he truly revolutionized the sport by introducing the dolphin kick in the pullout. This later became known as the ‘Kitajima kick’ on some pool decks.

Brendan Hansen put Kitajima on the ropes between 2004 and 2008, regaining composure as the top breaststroker in the world and claiming world records in the 100 and 200m breaststroke races.

Since then, Kitajima has earned medals in the relays as he has the chance to do once again this summer; but his individual performances have lacked their usual pop and shine since 2010.

Announcing Rio as his last go in the pool, Kitajima will have one more chance to qualify individually for the team, and grab an individual medal in the breaststroke events before he hangs up his goggles for good.

I wouldn’t bet against him to at least make Japan’s Rio Team in the 100 breast! He was definitely in shape to swim fast in London, as his medley relay split showed; I think the pressure to three-peat just weighed him down too much in his individual swims. As the underdog in Rio, perhaps he’ll surprise us with his performance!