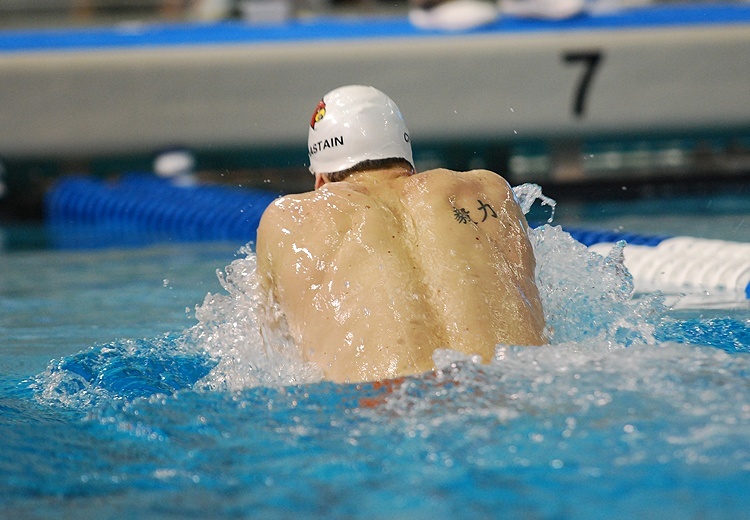 Chastain was a standout breaststroker for Louisville from 2010 to 2014, serving as a team captain and racking up 4 All-America honors.

He graduated in 2014 with a degree in exercise science and was a volunteer assistant with the program this past season. Now, Chastain is hired on officially to replace the departed Ryan Wochomurka, who took the head coaching job at Houston one month ago.

“I’m honored to be welcomed back to the Cardinal Family in a new role. This team and university is my passion, and I couldn’t be more proud of the direction in which the program is heading,” Chastain said in the school’s press release today, adding, “There is nowhere else I would want to be right now. I’m eager and excited to hit the ground running. Go Cards!”

Chastain was a conference champion in both the old Big East Conference and the new American Athletic Conference, where Louisville swam for his senior season. He now will coach the team in the ACC, the team’s new conference home.

Louisville has a strong, rising roster across the board, but the breaststrokers should be especially excited to work with Chastain, one of the fastest breaststrokers in school history. The Cardinal breaststroke group is currently led by rising sophomore Carlos Claverie, who has been putting up some impressive times on the Arena Pro Swim Series this spring.

Also interesting that the current stable of assistants at UofL has a combine ZERO years of coaching experience before being hired.

Interesting fact, every coach now coaching for Louisville was once a former swimmer for Coach Albiero. Vlad Polyakov swam for him at Alabama, Chris Lindauer, Kameron Chastain, and Stephanie Juncker all swam for him at Louisville. Anyone else think this is kind of strange and a bit micromanagative ?

It’s too bad Louisville didn’t hire back Rachel Komisarz to their coaching staff. She just ran off another coach at Ohio University – head diving coach Russ Dekker. OU should cut their losses and get rid of her NOW. Best of luck to Russ – he will be missed.