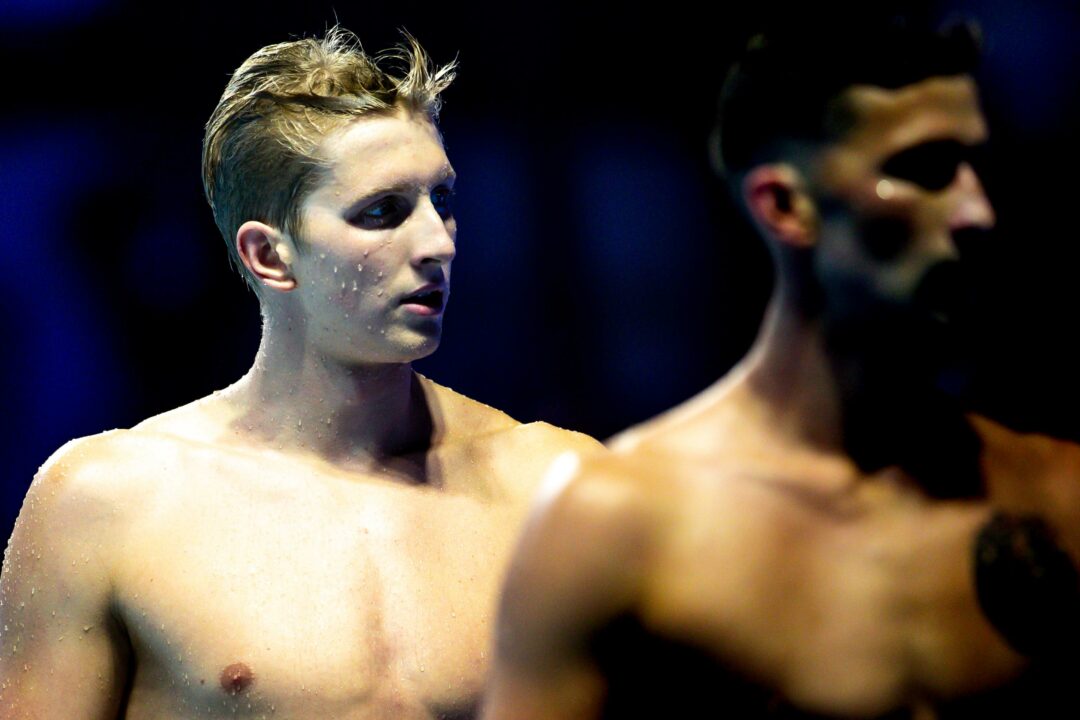 The first swimmer to make the 2021 U.S. Olympic swim team in multiple events is Florida's Kieran Smith, who moves to #8 all-time among US men in the 200 free. Archive photo via Jack Spitser/Spitser Photography

Smith won the 200 free tonight, adding to his 400 free title and giving Team USA its first ‘double’ qualifier. Doubles will help the U.S. get under the 26-person roster cap while still adding all top 2 finishers (and top 6 finishers in the 100 and 200 frees) to the roster.

The top four in the 100 and 200 frees are automatically qualified. Tonight, that foursome was Smith, Townley Haas, Drew Kibler and Andrew Seliskar. Smith and Kibler both joined the top 12 all-time in USA Swimming history. Haas and Seliskar already reside there, though they didn’t hit career-bests tonight.

Despite all four swimmers being represented in the all-time USA Swimming ranks, this relay still has plenty of work to do to bring home an Olympic medal. At 2019 Worlds, the U.S. quartet of Seliskar, Blake Pieroni, Zach Apple and Haas went 7:01.98 for bronze.

Based on world ranks at the start of the session, Smith’s time should rank 6th worldwide for the year. But none of the other relay members rank inside the top 15 in the world in the individual 200 free this year. By comparison, Great Britain, Russia, and Australia all have three swimmers in the top 15.

Apple will likely make the Olympic team as a prelims swimmer. Pieroni finished 7th and won’t make the team in this event, though he’s still a strong competitor in the 100 free. Michigan’s Patrick Callan will join Apple as the likely prelims relay swimemrs.

Are we sure we won’t see Pieroni in prelims? We’ve had 7 swimmers on the relay before, although those were different eras

I doubt it, unless someone else on the relay has a prelims conflict AND Pieroni also qualifies for the 4×100. Then they might.

I think so because third through sixth swim in heats fastest swimmer from prelims went to final and the always add someone else in the final so for this example maybe dressel. Not guaranteed but I think that’s whats going to happen

Eddie still reigns in the 200.

Will probably take sub 7 min to make the podium in the 800 Free Relay in Tokyo, at least based on what I see on the World Rankings.