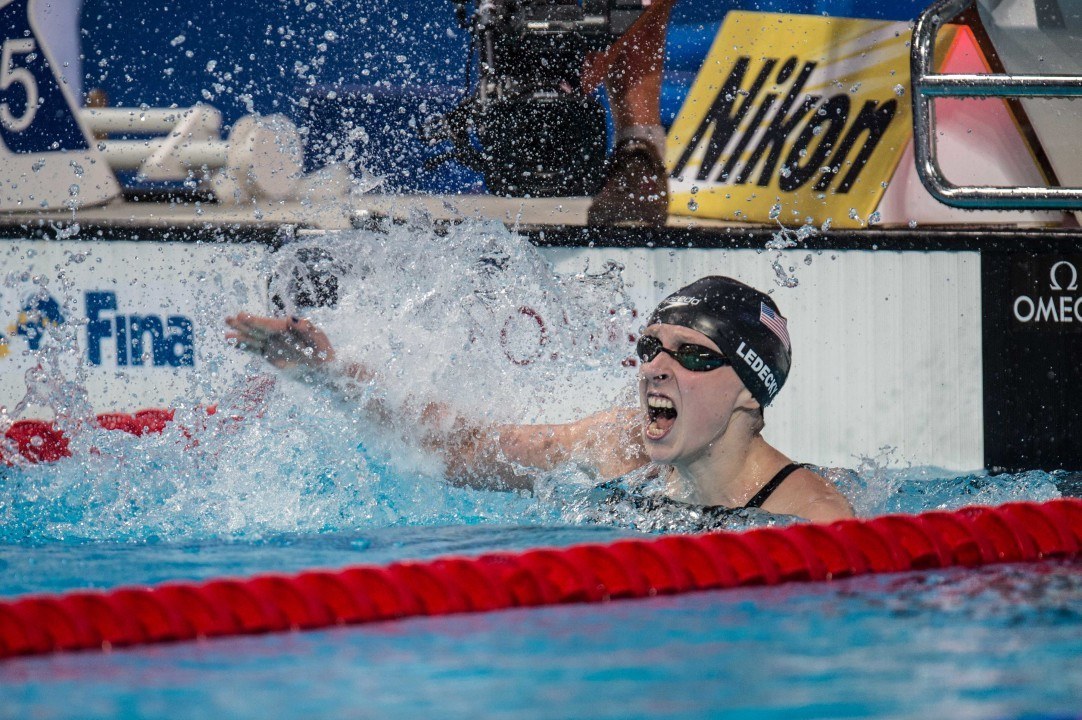 With both the 2015 FINA Senior and Junior World Championships having now concluded, swim enthusiasts looking for their next fast-swimming fix won’t have to wait too much longer.  The next round of the FINA World Cup begins in Hong Kong on September 25th and 26th and already some big names have been announced as being hopefully present on the meet’s agenda.

Ledecky is coming off of a history-making World Championships where the 18-year old claimed gold across four freestyle events, the 200m, 400m, 800m and 1500m, with two new world records. Sun Yang also performed strongly in Kazan with his gold medal-winning 400m and 800m freestyle swims, as well as his silver-earning 200m freestyle race.  For his part, Ning Zetao surprised many by winning the 100m freestyle sprint title, beating out several notable speedsters, including Australia’s Cameron McEvoy.

Says Wong of the extended invitations, “The trio is our top targets as we are trying to bring the world’s best swimmers to Hong Kong.”  Of the prospect of the stars attending, he continued that,  “I had the opportunity to speak to many representatives in Kazan and they reacted positively to our invitation. We have put up a deadline until the end of this week. Then we will have a clearer picture of the attending list.”

Of note, the Hong Kong Swimming Federation would pay for the airline tickets, board and lodging for the invited swimmers, who, in addition to the aforementioned swimmers, includes most of the gold medalists from Kazan, reports the South China Morning Post.

Hong Kong is the first of the next three-stop World Cup cluster, which includes Beijing on September 29th-30th and Singapore on October 3rd-4th.  “Hopefully this [the proximity of locations] can attract more top-grade swimmers from Europe and North America as a one-stop shop”, said Wong.

As with the first cluster of the World Cup in Moscow, Russia and Chartres, France, the events take place in a 50m pool as opposed to 25m as has been typical of the World Cup in the past, so as to give athletes more long course racing under their belts in preparation for Rio.

I’d imagine Ledecky is just back in training and this would be an interruption to that. But if there’s free tickets going around, I could do with a nice holiday.

Can Katie.Ledecky even accept the airfare or is that an NCAA violation?

Jeff – there would be a lot of “what if this?” questions to fully answer that, but in general, accepting coverage of actual travel expenses isn’t automatically an NCAA violation.

If the World Cup is ever going to really turn into something, it needs to be willing to pay appearance fees. IMO, this is a good start toward that.

The world cup should be getter faster, the meets are now not after the world championships so people will be in better shape, more people will show up because of that causing people to try harder to win, and some like Chad Le Clos will be looking to prove a point. Does anyone know if Michael Phelps is allowed to go on the world cup, He typically as at least one appearance.