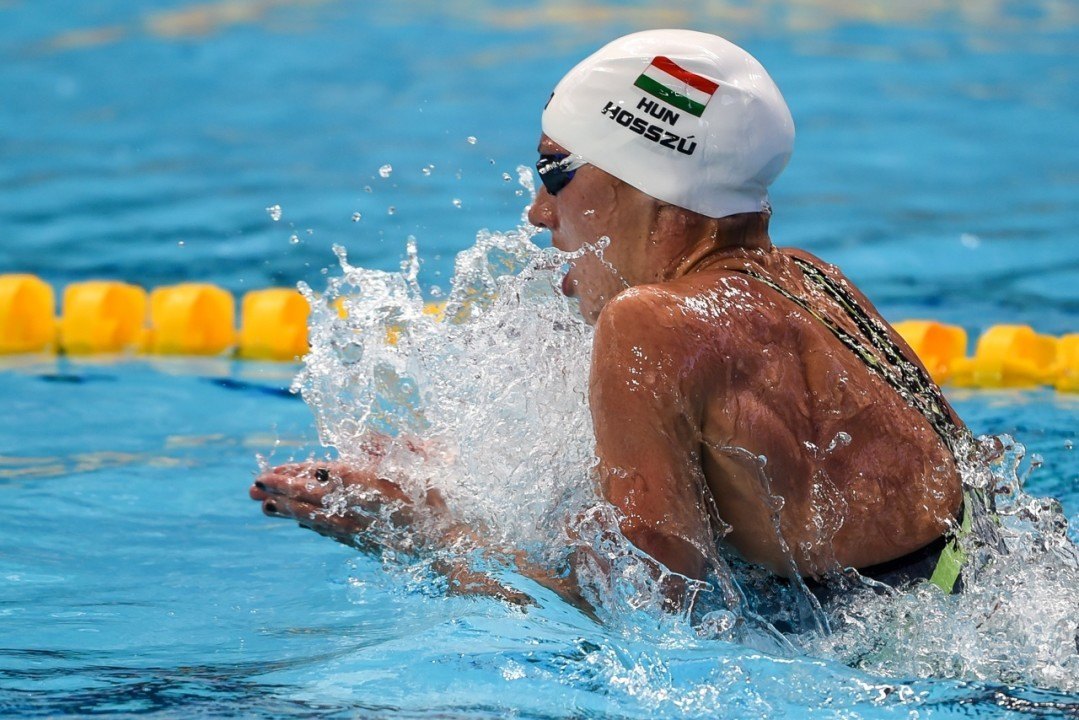 Katinka Hosszu continues to cash in on the FINA World Cup series, leading all money earners by nearly $10,000 in Hong Kong. Archive photo via Peter Sukenik/www.petersukenik.com

Most remarkable is that Hosszu managed that margin without breaking a world record, a feat that comes with a $10,000 bonus of its own. Hosszu has traditionally dominated the World Cup money lists by breaking and re-breaking her own world records, but with the series switching to long course this year, world record bonuses are much harder to come by.

Hosszu pulled in $13,500 in Hong Kong while winning 8 events, not far off her 10-gold performance at this meet last year.

The men’s leaders were Australia’s Dan Smith and Japan’s Masato Sakai and Yuki Shirai. All three finished tied with $3,500.

So far, Hosszu and Cameron van der Burgh lead the overall money lists for the series after their huge Cluster 1 bonuses of $50,000.