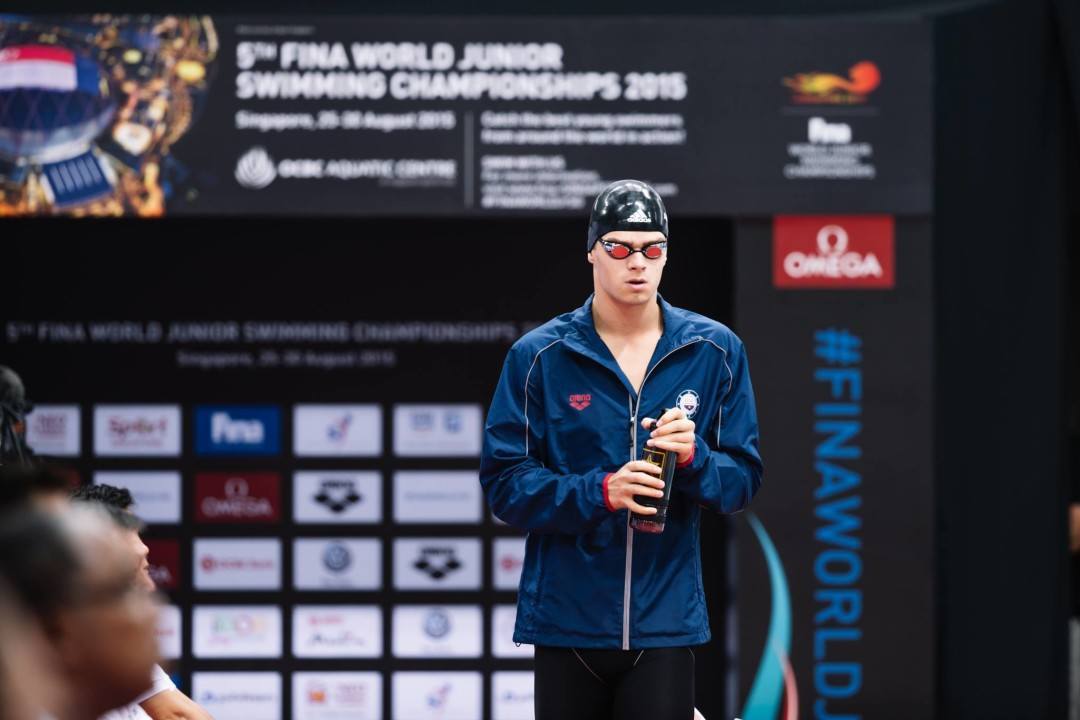 The fifth edition of the FINA World Junior Swimming Championships, held in Singapore (SIN) from August 25-30, 2015, established 15 World Junior Records and consecrated many talent in the iconic Singapore Sports Hub complex. In addition, 38 Championship Records fell during the six-day competition.

In the women’s field, Victoria Gunes (TUR) clocked better time (2:19.64) in the 200m breaststroke than the eventual World Champion at the FINA World Championships in Kazan. Gunes also topped the women’s 50m and 100m breaststroke on Day 2 and 3, and the 200m individual medley. For her outstanding performances, she was crowned the best female swimmer of the meet while among the men the versatile Michael Andrew of the USA earned this honour.

Andrew won the 50m back, was second in the 50m free and the 50m butterfly. Still, he was crowned the man of the meet with 13 points (he won 5 medals in total), just one more than Anton Chupkov (RUS), winner of the 100m and 200m breast on the last day.

As for the individual merits, Kyle Chalmers (AUS) won the most medals, seven (3-3-1, two in individual events and five in relays), Anton Chupkov and Victoria Gunes (TUR) captured the most titles (4 apiece), and the Turkish finished atop in the individual race for the FINA Trophy with 24 points, Minna Atherton was ranked second with 21. These two produced the best swims, Gunes’s extraordinary 200m breast is worth 988 FINA points, while Atherton’s WJR in the 100m back amounts 928, the same as Anton Chupkov’s 200m breast which tops the boy’s FINA points ranks.

Just as in Dubai 2013, the medal table was topped by Australia, with nine gold medals (plus 7 silver and 3 bronze), ahead of the USA and Russia, respectively finishing with seven and six golds each. The Championship Trophy went to the USA, with 973 points, ahead of Russia (755) and Australia (699).

A total 680 young athletes from 87 National Federations took part in this meet.

Daily Highlights from Singapore are available on FINATV on VoD.