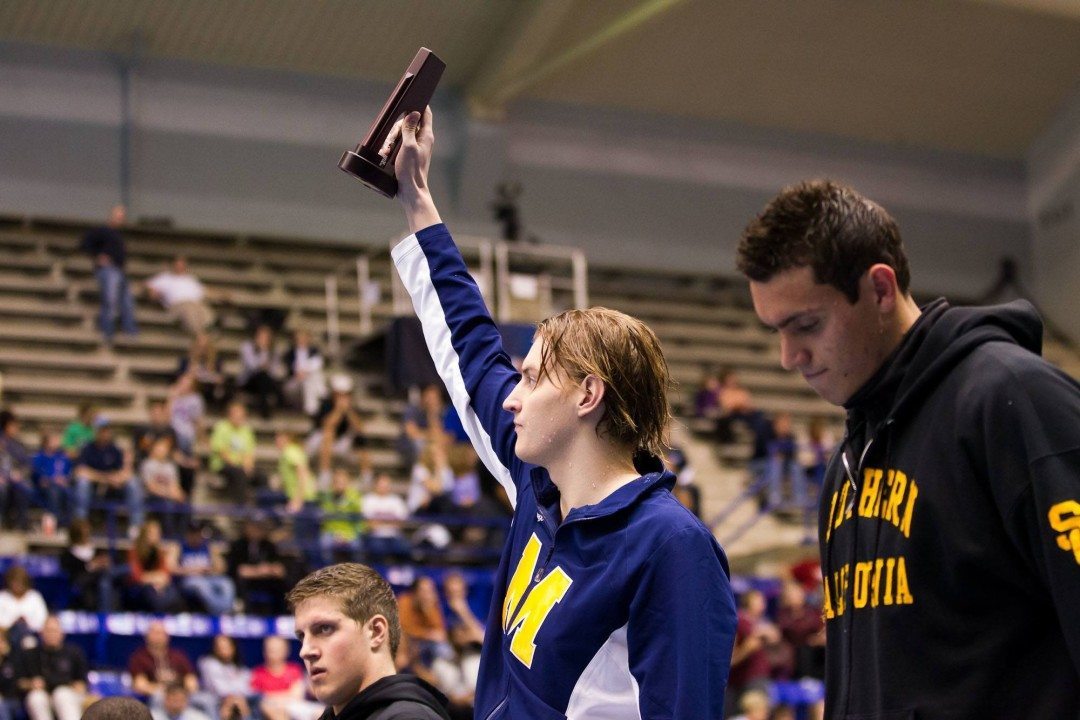 Adding a fourth day to the meet will help spread out the events, but it could make the final day more challenging. Archive photo via Tim Binning/TheSwimPictures.com

With the expansion of the NCAA Swimming and Diving Championship schedule from three days to four days, teams will now have a second opportunity to challenge the American and US Open Records at the NCAA Championships.

In the last two seasons, a US Open or American record has been broken in the 800 freestyle relay at least once each year, but only at conference championship level rather than at the national championships. In 2014, Michigan’s men’s team broke the US Open record in the 800 freestyle relay at the Big Ten Championships with a 6:09.85 and then this year the California women broke the American record at the 2015 Pac 12 Championships with a 6:50.18.

This change by the NCAA will allow teams to go after the NCAA, American, and US Open records at the NCAA Championships more aggressively than we have ever seen before in this event. Not only will everyone be fresh, but the elite 200 freestylers will not have to swim three 200’s in the same day.

Adding a fourth day to the meet will help spread out the events, but it could make the final day more challenging. For swimmers that compete on night 1 (Wednesday), they will have to maintain their bodies an extra day, which could  challenging with such a busy schedule. On the other hand, the number of swims will not change and the athletes will have more time before the final day of the meet to focus on recovery, so it may balance out.

Either way, the 2015-2016 will feature a lot of new changes and should help to make the meet more exciting for the fans and the athletes.