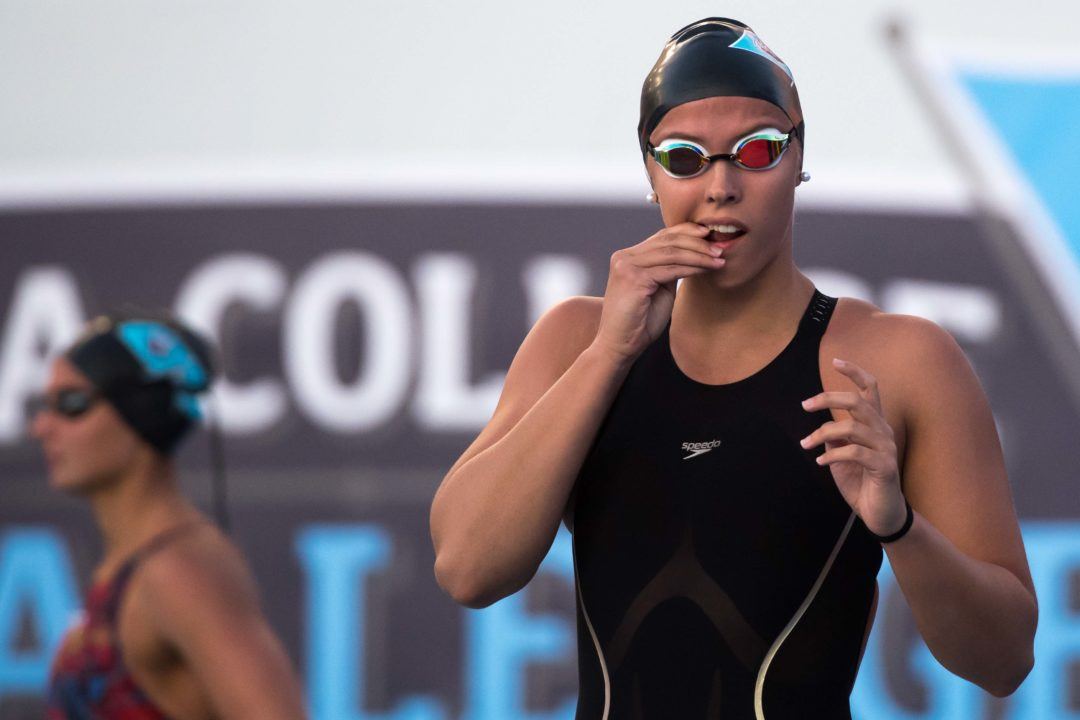 A team spokesperson says the decision was a precaution. Archive photo via Mike Lewis/Ola Vista Photography

Cal swimmer Kathleen Baker didn’t travel with the team to this week’s Georgia Invite, a spokesperson told SwimSwam on Thursday.

“She wasn’t feeling well by mid-week, so to be safe, she stayed in Berkeley to recover and prepare for finals,” the spokesperson said.

Baker, the defending NCAA Swimmer of the Year, won’t be too concerned about missing the meet. Her 50.62 in the 100 back, 1:50.62 in the 200 back, and 1:53.24 in the 200 IM from the USA College Challenge in October were all NCAA Automatic Qualifying Times, so she won’t need a rested swim at Pac-12s to ensure her spot at the NCAA Championship meet.

The Cal women are 4-0 in dual meets this season, with wins over Utah, Oregon State, NC State and Nevada. They’ll still have one more meet, a dual against San Jose State, on December 20th before heading off into winter training. The swim team will have nearly a full month off before returning to the pool on January 19th against Arizona State at home.

Baker left Berkeley for a few days earlier this month to compete at the Nico Sapio Trophy in Italy, while Cal was on a competition break. She broke the meet record in the 200 backstroke by 5 seconds on the first day of that competition.

Good move, it’s a long season. Focusing on staying healthy is key to a successful season. Hope she recovers quickly.