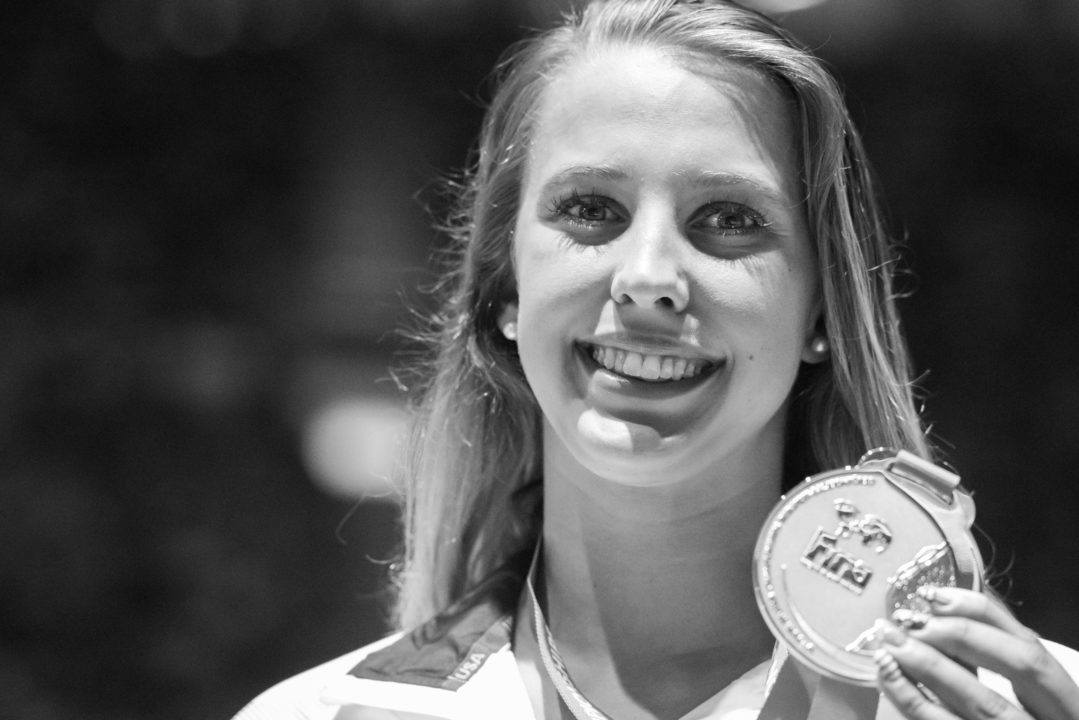 Over 1500 athletes are expected to Genoa for the 2017 edition of the Nico Sapio Trophy. Besides serving as an important warmup for Italian swimmers as they head toward Winter Nationals the first weekend of December, and the European Short Course Championships the week after, the meet has attracted a typically-strong international field.

Included among that international field is Kathleen Baker, the defending NCAA Female Swimmer of the Year and Rio Olympic gold medalist (400 medley relay) and silver medalist (100 back). Baker also won 3 medals at this summer’s World Championships – a gold in the medley relay, a silver in the 100 back, and a bronze in the 200 back.

The Cal junior will travel with a quarter of American women, the rest of whom have turned pro, for the meet – veteran sprinter Madison Kennedy, former North Carolina short course standout Helen Moffit, and former USC sprinter Kendyl Stewart will also make the trip as part of the American team.

“Going to the meet in Genoa gives Kathleen another opportunity to swim against high-level competition,” said Cal head coach Teri McKeever. “The event is in short-course meters, so it offers a bit of a change from the collegiate season, while providing her with a new experience in an international setting. The meet also happens to fall within a break for our team between dual meets, and Kathleen was able to get ahead on her schoolwork to make the trip possible.”

Baker will be challenged in at least the backstroker races by Italy’s favored swimmer Federica Pellegrini. Pellegrini will swim the 100 free, 100 back, and 200 back, so far holding up her promise to retire from the 200 free after winning a World Title in the event over the summer. It was almost a decade ago at this pool, on November 28th, 2008, where Pellegrini had a breathing problem while swimming the 800 free at Italy’s Winter Nationals and had to be rescued from the water.

But Pellegrini still returns to Genoa, and with her she draws a large contingent of domestic supporters that flock to see her race.

Among the other relevant Italians in attendance are:

Brazil is also sending a small squad, highlighted by Felipe Lima and Matheus Santana, and Israel is sending a big 16-swimmer contingent of mostly, but not exclusively, teenagers.

The Netherlands is bringing a team too, with the highlight being Kira Toussant, who had 3 wins and 2 meet records in Bolzano last weekend. Switzerland, Spain, and Belarus will also have citizens in attendance.

The meet will run from Friday through Sunday, with prelims starting at 9AM local time and finals at 3:30PM local time. That translates to 3AM and 9:30AM, respectively, on the U.S. East coast.