Pellegrini Going Out On Top, Retiring From 200 Free After Worlds Gold 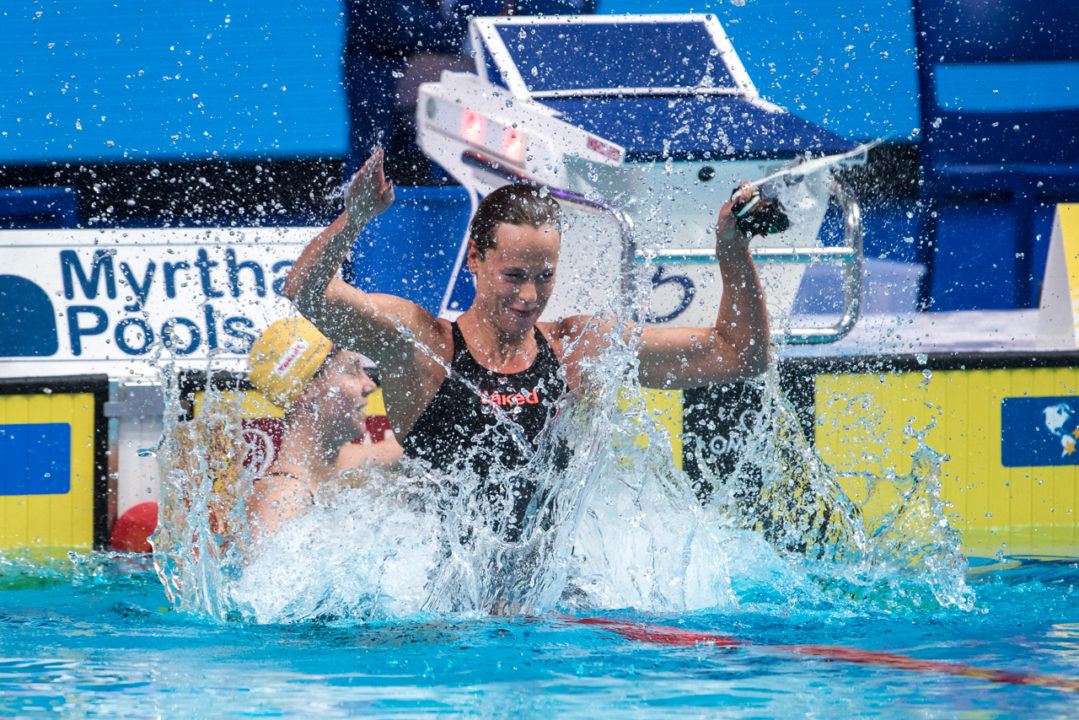 Following her major upset of Olympic champ Katie Ledecky, Italian superstar and world record-holder Federica Pellegrini says she won’t be contesting the 200 free at the world level any longer.

The news comes direct from Pellegrini in a post-race interview from the deck. You can watch the interview below, in its original Italian:

“These were my last three 200 freestyles,” Pellegrini says, in a rough translation of the Italian. The interviewer asks for clarification, and Pellegrini goes on to say that she’s “taking another path,” and doesn’t plan to swim the 200 again in major international competition.

Pellegrini turns 29 next weekend. She’d be 31 by the time the 200 free rolled around in 2019, if she hoped to win an 8th-straight World Champs medal, and she’d be celebrating her 32nd birthday in the midst of the 2020 Tokyo Olympics – a pretty late age to be contesting events as taxing training-wise as the 200 free, though a move down to shorter events could be plausible if Pellegrini wants to keep competing.

She is a phenomenal competitor. Giving Ledecky a good thrashing in the pool puts her in a very small club. I think that her WR will stand for at least another few years, and be one of the last suit records to go.

It’s not going to feel right watching 200 free finals without Federica. My first Olympics was 2004, so she has been a huge part of every worlds/Olympics I’ve experienced. The best fairy-tales are those none of us see coming, and my god she caught us all off guard… again. I hope she realises there will not be a more popular victory at Worlds – I think all of us smiled as she came roaring home one last time.

Enjoy putting the fear of god into the sprinters now!

She earned it!!!!
Congrats to her!

Pellegrini clocked the 100 at 53.18 last year off a 25.9 start so I think she has a shot to do some pretty good things there. She will be in the thick of things, but on the other hand that has been the case for her in the 200 for a long time aswell. I would be excited to see her try the 100, certainly better than retiring!

And by trying I don’t mean she hasn’t done it before, but as the main focus.

Honestly, this is kind of neat.