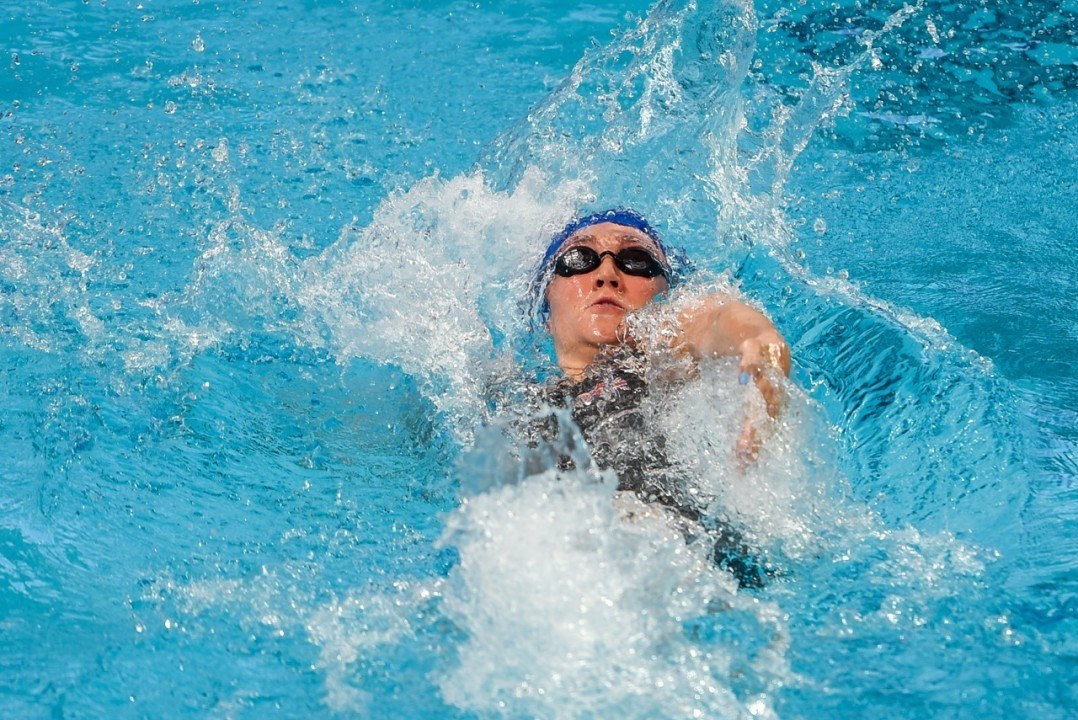 American Kathleen Baker, who is taking a break from the college season to compete in Genoa, Italy this weekend, and she made a splash in her first big final. She crushed the Meet Record, first with a 2:05.10 in prelims and then a 2:01.68 in finals, and now sits at 12th on the all-time top performers list, just .11 seconds from moving into the top 10. She’s also now the 3rd-fastest American in the history of the event, behind former World Record holder Missy Franklin (2:00.03) and Courtney Bartholomew (2:01.33).

For Baker, one of the fastest short course yards swimmers in history, that is a best time – improving upon a 2:04 that she swam during the World Cup Series in 2014. She was the 2017 Worlds bronze medalist in this event in long course. Based on this result, she should make a run at Natalie Coughlin’s Meet Record, and Courtney Bartholomew’s American Record of 55.92, on Saturday.