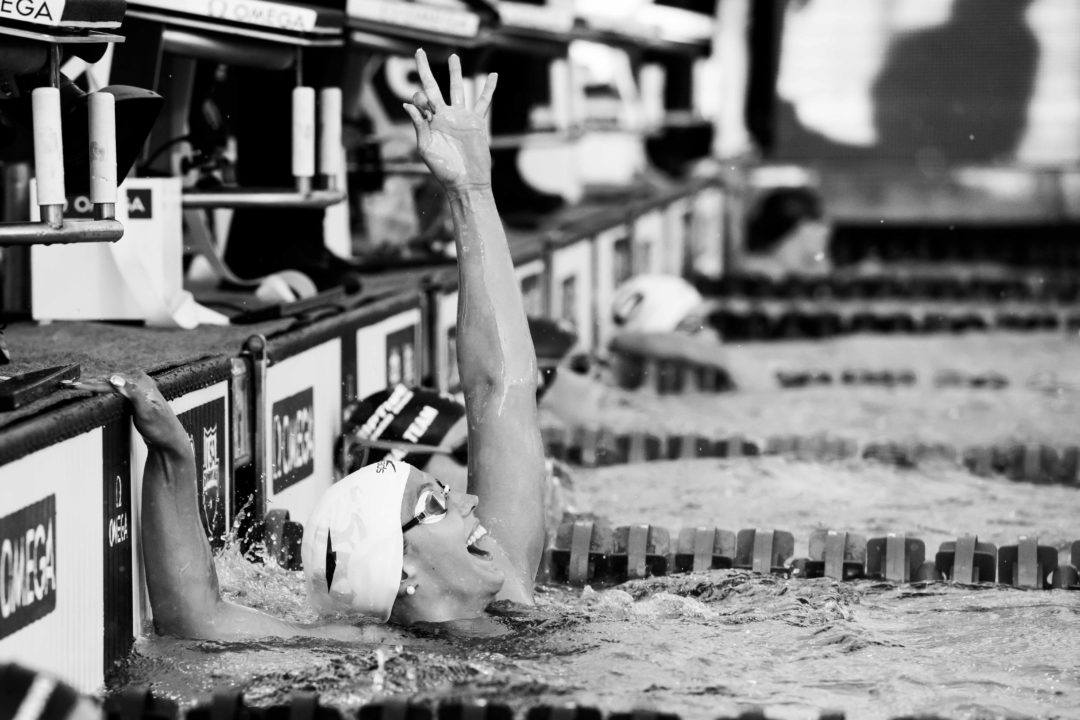 Baker's best time coming into 2018 was a 2:12, and she's now the second-fastest American in history. Archive photo via Mike Lewis/Ola Vista Photography

After breaking a World Record in the 200 IM on Saturday, Kathleen Baker wasn’t done with her meet yet. On Sunday, she broke the US Open  and Championship records in the women’s 200 IM with a 2:08.32

The previous U.S. Open Record holder was Katinka Hosszu (who also happens to be the World Record holder) with a 2:08.66 swum at the 2015 Charlotte Pro Swim Series stop. The Championship Record was even older – a 2:09.34 done by Julia Smit at the 2009 edition, super-suited, in Indy.

While Baker’s spot on the team was already secured, with how well she’s swimming, by finishing out her schedule in the 200 IM, she’s now put down a benchmark for World Championship qualifying. Because of the number of big-name swimmers who seemed to have saved their full tapers for Pan Pacs, there’s been a big focus this week on Worlds spots that will be earned via Pan Pacs swims; however, A-final races from Nationals are also weighed, and no active American has been faster than Baker’s 2:08.32 from Sunday evening.

Baker now becomes the 14th-best performer in the history of this event, and 2nd-fastest American, behind only Ariana Kukors.

Baker’s best time coming into the meet was a 2:11.68, done at the Mare Nostrum series in June. Her previous best time comint into the year was a 2:12.09, from 2015, and she’s now swum her 4 fastest times in this event this year alone.

Kathleen broke the 200 IM record on Saturday?! OH MY GOD SHE MUST HAVE TIME TRIALED!