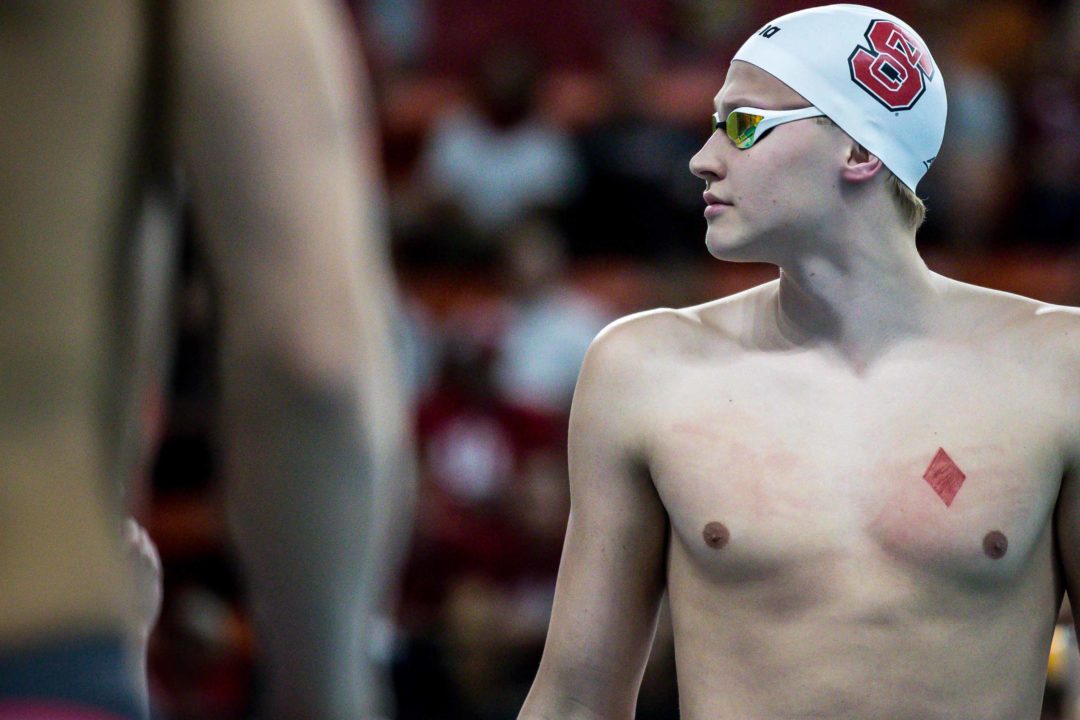 Justin Ress of Wolfpack Elite dropped out of the 50 free final to focus on the 100 back, which will be a showdown with his WOLF teammate Coleman Stewart. Archive photo via Jack Spitser/Spitser Photography

17-year-old Aiden Hayes of Sooner Swim Club dropped out of the 100 back final after having placed 13th in prelims, to focus on the 200 fly, where his lifetime-best time of 2:01.04 was the fastest time out of heats this morning. Conversely, Holden Smith dropped the 200 fly final to concentrate on the 100 back.

Wolfpack Elite’s Aly Tetzloff and Katrina Konopka-Reid both scratched the 100 back but will swim in the A final of the 100 free.

Here are all the scratches for tonight’s final: