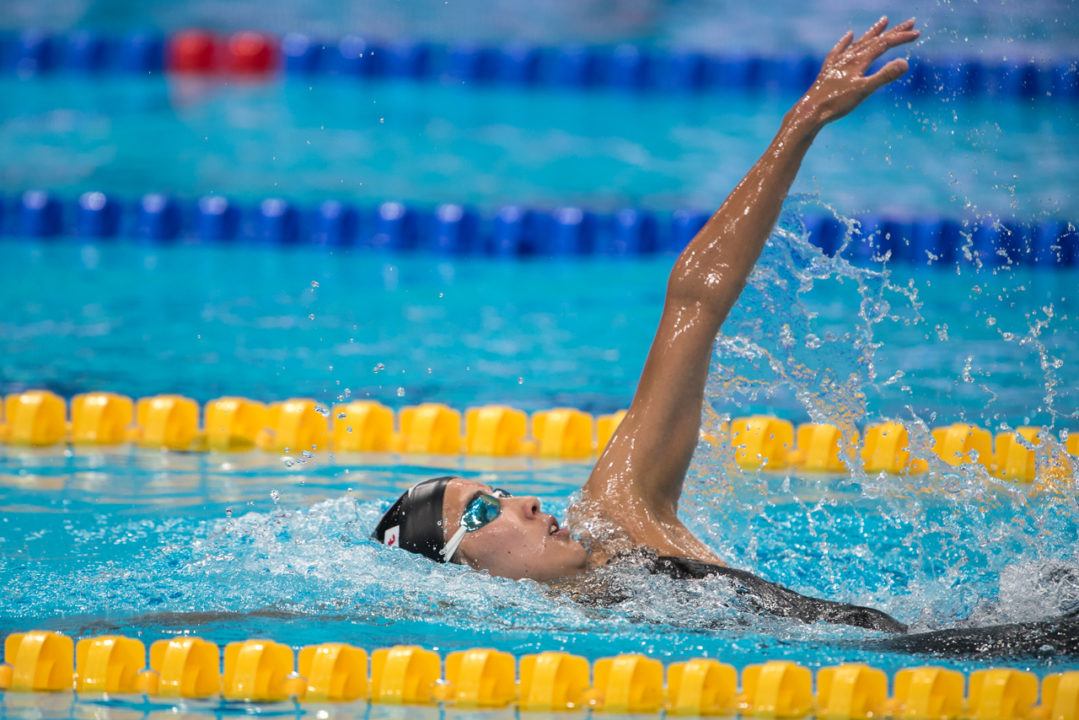 Japanese World Championships medalist Yui Ohashi recently spoke with Japanese media regarding how the postponement of the 2020 Olympic Games in her home nation has impacted her personally and how her plans have changed with the evolving situation.

Along with Olympic champion Kosuke Hagino among others, Ohashi was taking part in a high-altitude training camp in Spain last month, a yearly trek the athletes take leading into the Japan Swim.

However, as we reported, the athletes were hurriedly sent home when Spain declared a state of emergency in mid-March. Instead of staying through the end of that month, Hagino and Ohashi evacuated on March 17th.

That situation was just one domino in a string of big changes for swimmers everywhere. For Ohashi, the Japan Swim (Olympic Trials) was cancelled just days before it was slated to begin, then the Olympic Games themselves were moved to July of 2021 and finally June’s Japan Open was also cancelled.

On the rearranging of what was once a set path, Ohashi said, “I have been giving all for ‘that day,’ and am a little speechless.”

But, the 24-year-old sees a positive, as she stated, “Now I am given 1 year and 4 months and confident I can improve further.”

Additionally, Ohashi said she was thinking of retiring after the 2021 FINA World Aquatic Championships set for Fukuoka, Japan. That championships’ timeline is now thrown away as it overlaps with the rescheduled Olympics. We’ll see what her plans entail based on when those World Championships are indeed rescheduled.

In the meantime, Ohashi is taking stock in what she learned preparing for the Japan Swim.  While at the altitude camp, Ohashi says she realized she was swimming backstroke ‘without her back.’ She made a point to emphasize her back movement from then on, applying that ‘feeling’ to her other strokes as well.

“That was my ‘back celebration day!” said Ohashi, who specializes in the 200m and 400m IM events and earned a bronze in the latter in Gwangju.

She also looks back on the ‘two years of very hard training’ she’s undergone without what she considers ‘fast times’ coming to fruition. But, she said, “after my back discovery, I am feeling I am moving more efficiently.”

“I once said I would go for gold because I thought I need to declare that to put pressure on myself.  But now I just want to put all I have got in my training without thinking that.  I want to do what I can do now and challenge myself more.  I feel I am in a good place.”

Ohashi was slated to contest the 200m and 400m IM events at Japan’s Olympic Trials, but also entered the 200m fly. Although she said at the time that she did not intend to actually vie for an Olympic spot in that 3rd event, with more time to prepare, perhaps she will reconsider the proposition.

The minimum time standard for the Japanese Olympic qualification is 2:08.43, so Ohashi is fully capable of hitting beneath that mark should she change her mind.

Cool! It’s good to use this time to reflect on your swimming and actually get better in a way. I like this perspective!

Wait.. I have been swimming breaststroke wrong the whole time…